Who will be crowned the National Chef of the Year in the 50th anniversary of the competition? That’s going to be one of the most hotly anticipated questions in hospitality this year as the Craft Guild of Chefs celebrates half a century of the prestigious industry award. Entries have opened online, and chefs now have until 31st May to work on and submit their menus.

For this major anniversary year, Kenny Atkinson is asking competitors to produce a three-course celebration menu. The starter may be a fish, seafood or vegetarian dish worthy of this special occasion and judges will focus on the sourcing, provenance and sustainability of the ingredients used.

For the main course, chefs should use British or Irish venison and incorporate more than one element whether offal, a secondary cut or prime cut. Judges will want to see how natural seasonal accompaniments are showcased within this dish. For the final course, the brief has been left wide open and is simply a warm or cold dessert for a grand finale which provides balance to the menu and has a clear wow factor.

Chefs should register to be part of the event on the National Chef of the Year website at https://nationalchefoftheyear.co.uk. Once they have created an account, chefs can keep working on their entry over the next two months and save as they go along. To be part of the competition in 2022 they must hit submit by midnight on Tuesday, 31st May.

A focus on sustainability remains a top priority for the Craft Guild of Chefs and competitors are asked to use at least one of the ingredients on the KNORR® Future 50 Foods list. These ingredients have been identified with the support of WWF as having a positive impact on the environment, by improving the diversity of the crops we consume as well having excellent nutritional credentials. This element can be used in any of the three dishes but must be clearly detailed in the menu and ingredients list.

Chair of Judges, Kenny Atkinson who is chef patron at House of Tides in Newcastle said: “With it being the 50th anniversary of NCOTY I want the whole hospitality industry to join us in this celebration. Entering one of the UKs longest running and most prestigious competitions is an exciting prospect for any chef, so I want to see as many entries as possible.

“My brief gives chefs plenty to play with whether that’s digging back into the archives of culinary trends over 50 years, showing how things have evolved or celebrating hero dishes, ingredients, and chefs. It’s completely up to their interpretation but I want to see passion, creativity and culinary talent oozing out of the menus.”

Once all the entries have been received the judges will whittle them down to semi-finalists who will then be invited to the second stage which will be completed online in July.

The final cook-off will take place at Le Cordon Bleu in September followed by an exclusive VIP event. This will be held to not only announce this year’s winner but to celebrate those who have been a huge part of the competition over the last 50 years including former competitors, judges, ambassadors, sponsors and the media.

Organiser of the competition, David Mulcahy who is food innovation & sustainability director at Sodexo UK and Ireland said: “For the last 50 years, we have seen so much talent cooking in the kitchens of NCOTY; with some of the biggest names in the industry judging. There has always been so much respect for this competition because we’ve adapted it for the current times whilst ensuring its heritage and credibility within the industry has remained our top priority.

“Chefs come back time and time again, not only because they want to win this huge title but because of how much they learn from the experience and grow. There are no barriers to entry and celebrating our rich culture and culinary heritage is done best when reflected by the diversity within the hospitality industry. Just imagine taking the title of National Chef of the Year as we celebrate such an incredible milestone.”

The winner will not only receive the most sought-after chef title in the UK, but they will take home a host of impressive prizes including culinary experiences, equipment and trips of a lifetime. NCOTY would not be possible without its sponsors which for this year includes Boiron, CCS, Churchill, KNORR and Valrhona.

Latest The National Chef of the Year News 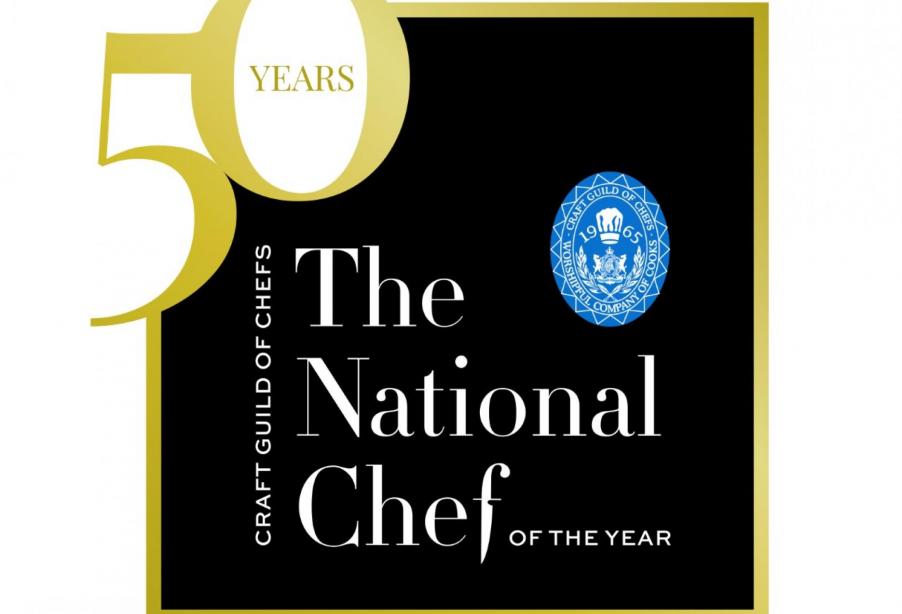 By: Edward Waddell
It has also allowed more chefs the opportunity to enter the UK’s most prestigious culinary competition by extending its deadline for entries to Monday, 6th June. Simply being part of NCOTY, whatever By: Edward Waddell
For this major anniversary year, Kenny Atkinson is asking competitors to produce a three-course celebration menu. The starter may be a fish, seafood or vegetarian dish worthy of this special occasion Interview with National Chef of the Year winner Thomas Swaby

By: Edward Waddell
David Foad: Now you’ve had a bit of time to take it all in, can you tell how it felt when you were announced as the winner? Thomas Swaby: The main feelings have been pride and shock. I was hopeful I By: Edward Waddell
This year’s NCOTY winner finally got to celebrate on October 21st at a VIP red-carpet premiere at the Everyman Broadgate cinema in London. Judges made their decision after what they called ‘one of the

More The National Chef of the Year News 08th Oct 2021
Craft Guild of Chefs to host NCOTY & YNCOTY Premiere Awards
The invite-only event is taking place on Thursday 21 October 2021 at a London venue. Attendees will be able to grab a drink... 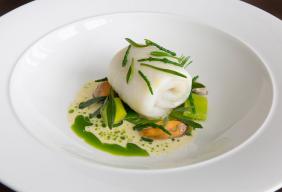 13th Aug 2021
Twelve chefs revealed as National Chef of the Year finalists
Whittled down from 33 to just 12, the finalists now go on to cook at CORD by Le Cordon Bleu. The final will be aired at a VIP... 19th Jul 2021
National Chef of the Year competition narrows field to 33
For the next round, these 33 will be invited to present a small signature dish of their choice via video which should reflect... 24th May 2021
Deadline extended for National Chef of the Year competition
This allows competitors more time to work on their menus. The Guild wanted to relieve some of the pressure chefs are feeling... 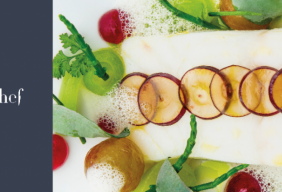 09th Apr 2021
NCOTY challenges entrants to create menu that tells their story of the 2020 pandemic through food
Chair of judges, Paul Ainsworth has unveiled his brief to an audience of ambitious, determined and talented chefs on a... 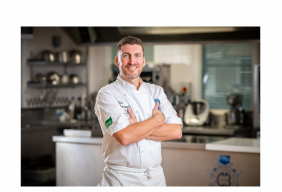 26th Mar 2021
Craft Guild of Chefs to host NCOTY webinar
The NCOTY competition gives chefs an exciting opportunity to put themselves in the spotlight and show their culinary talent... 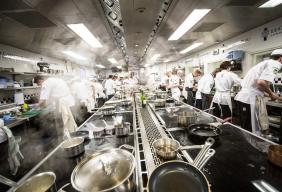 07th Aug 2020
Craft Guild of Chefs names ten finalists for NCOTY
The ten chefs will now compete for the 2021 NCOTY crown in a cook-off at Le Cordon Bleu in September. David Mulcahy... 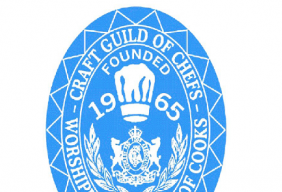 25th Mar 2020
Vice president of the Craft Guild of Chefs releases update on NCOTY and YNCOTY
In this short video Mulcahy explained: "We are experiencing extremely difficult and challenging times, some of the most... 16th Mar 2020
Steve Groves reflects on NCOTY experience
Chefs who want to compete should register for a National Chef of the Year account at: www.nationalchefoftheyear.co.uk to...