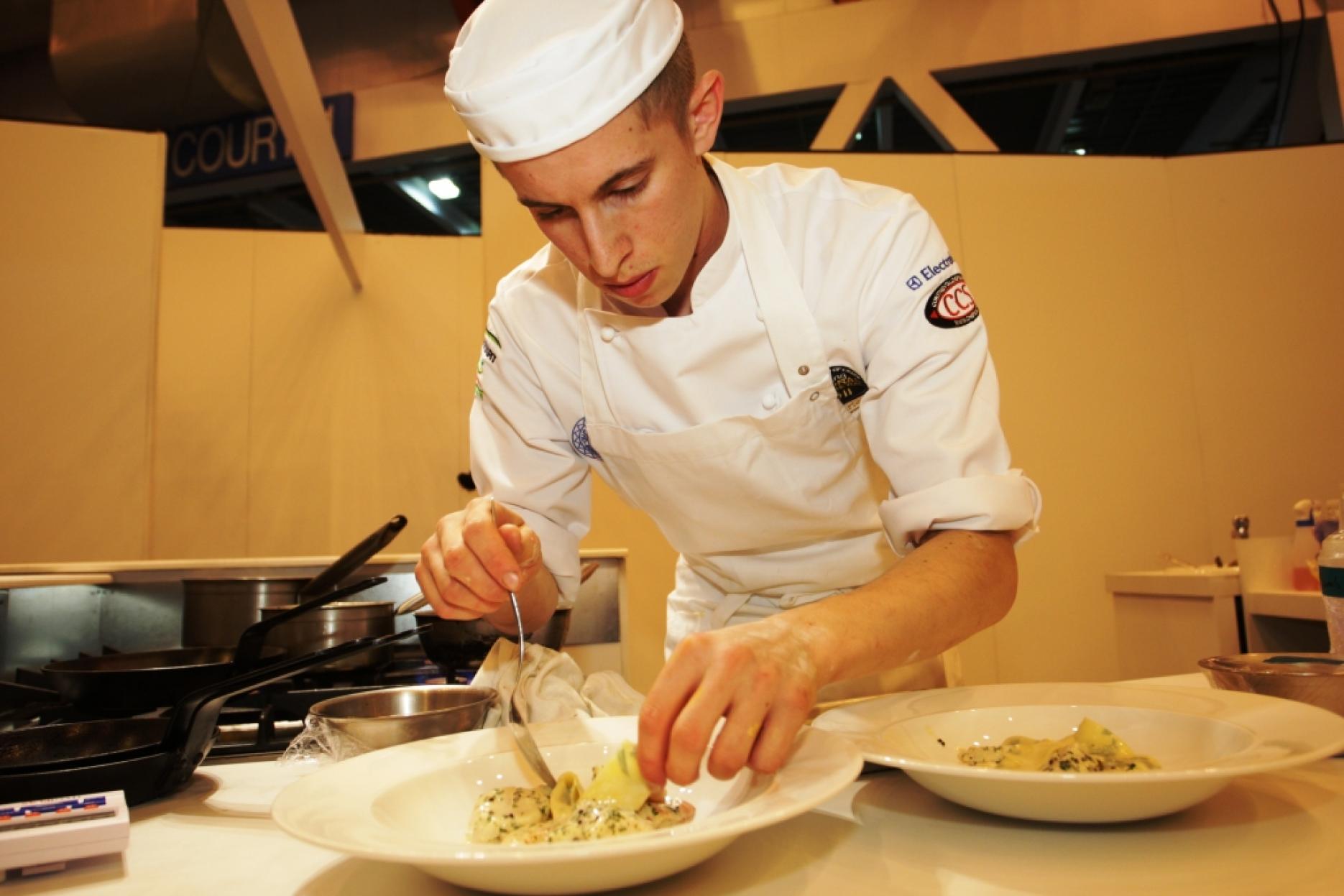 Written by: Admin
Charles Smith, junior sous chef at Marcus Wareing at The Berkeley, has won the Craft Guild of Chefs Young National Chef of the Year 2011.

Steve Munkley, vice president of the Craft Guild of Chefs, said: "Charles showed a great understanding for the ingredients he worked with on the day. He kept his composure all the way through the competition and his dishes reflected the skill sets that he has developed at such a young age. It completes a great year for him, as he was part of the team that won the Young Chef Young Waiter competition.

"The Young National Chef of the Year is for 18-24 year old chefs who work in any sector of the industry but finalists are chosen by the Craft Guild of Chefs by invitation only.

Smith's menu consisting of prawn, scallop and caviar herb pappardelle as a starter, best end of lamb and lambs sweetbreads with squash, baby pumpkin and kale for main course, and a dessert of amaretto panna cotta with mulled wine poached plums, ticked all the right boxes for the judges.

His prize includes a trip to Dubai, courtesy of sponsor Churchill China, which includes work experience at three different venues, flights, accommodation and board for five days at the Emirates Hospitality Academy part of the Jumeirah Group.

He also won courtesy of Robert Welch Designs and Ashburton Cookery School, a chef skills advanced weekend worth more than £1,000 that includes cooking at a fine dining level, accommodation and evening meal and a place on Leadership In The Kitchen training course at the prestigious Ashburton Chefs Academy in Devon.

Runners up in the competition were Andrew Postlethwaite from the Castle Green Hotel in Kendal in second place, and Dimitar Angelkovski from the Turnberry Resort, Ayrshire, in third place.