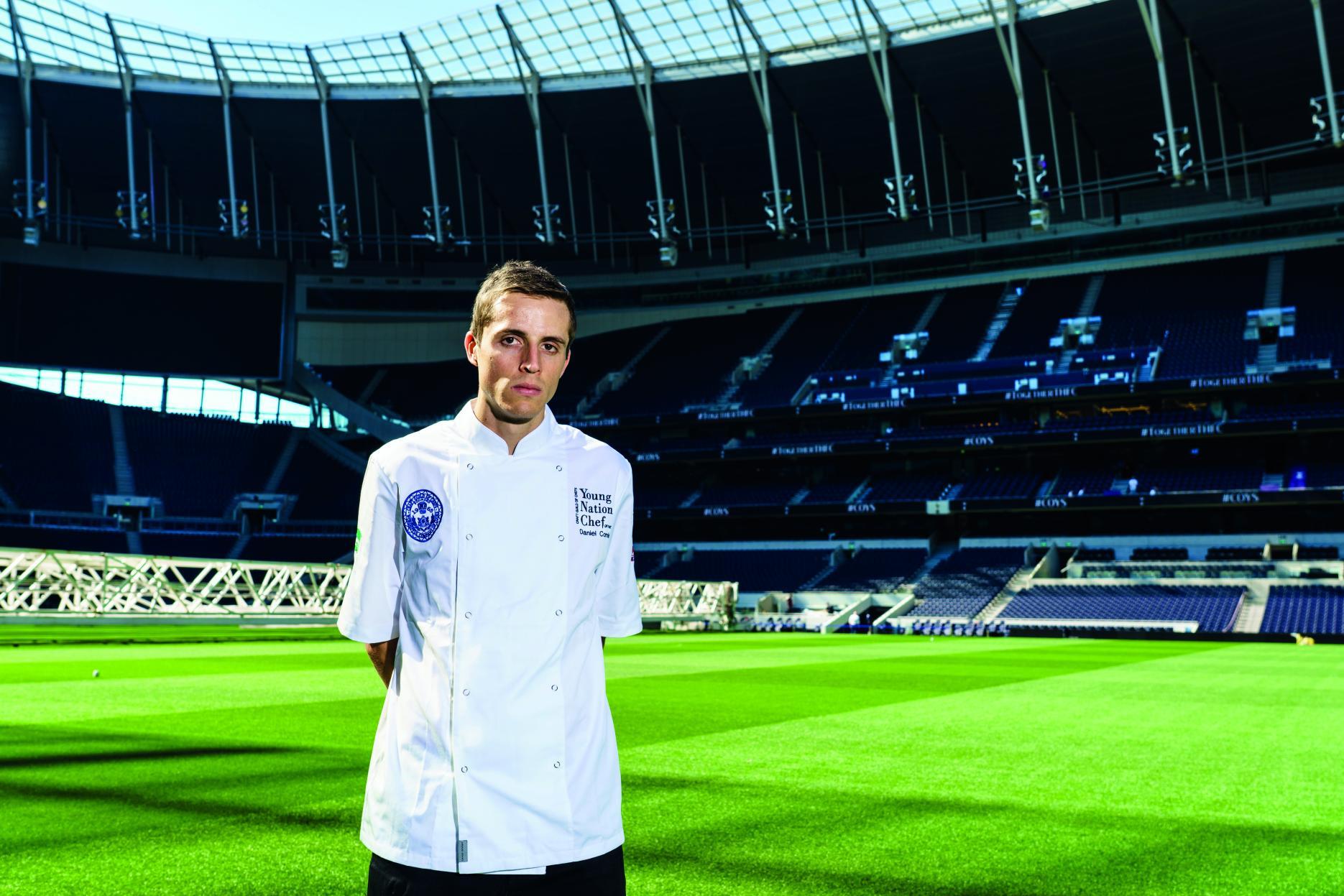 Interview with Young National Chef of the Year Daniel Cornish

Written by: Edward Waddell
A couple of months on from being announced as the latest winner of the Young National Chef of the Year, Daniel Cornish tells Stockpot editor David Foad about his path to the title.

David Foad: Now you’ve had a bit of time to take it all in, can you tell us how it felt when you were announced as the winner?

Daniel Cornish: It still hasn’t quite sunk in. It’s almost felt unbelievable. At the same time there’s a sense of relief that all the hard work has paid off - all the mistakes and all the perseverance I went through was worthwhile in the end.

DF: We’d like to know a little more about the dishes you cooked. Can you tell us why you chose them and how you saw them fit the brief?

DC: We were asked to prepare a three-course menu based on ‘British-themed dishes’ and present them for a fine dining setting.

For the starter we made a Scotch broth, but it had to be suitable for a vegetarian and they wanted us to think about sustainability in our choice of ingredients, which I think is a great idea. And I don’t think it should be a one-off for a competition, sustainability is only going to be more important so we should incorporate it into our daily cooking. When you think about the carbon footprint of some foods, like livestock rearing, it is quite alarming.

Choosing ingredients from a list of sustainable ones was relevant and exciting, there were some I’d never used before and some I’d never heard of, so the first step was to do a little bit of research about where it originates from, how it’s used, whether there are any classic recipes that use it. Then I went on to cook it in its simplest form and taste it on its own and build on it from there. In my Scotch broth, for instance, I used black turtle beans, spelt flour for the bread, Maitake mushrooms, and spinach. It was really interesting to see how each ingredient impacted the dish in the way that meat can.

The main course was a take on fish and chips and my aim was to take the customer to the seaside. That’s why I marinated my cod with seaweed and tried bringing things like vinegar and cockles together in a gel, as well as a curried rouille and mushy peas – taking all the parts of traditional fish and chips, doing something different but relevant and then trying to marry them together.

I have to really thank Gary Jones, the exec chef at Le Manoir, who helped me immensely with the testing and tasting. He ate a lot of Scotch broth and fish and chips. He and the others on the team helped me work out what would work best. I also had Raymond Blanc tasting the dishes a few times.

Our dessert was a classic crumble and I cooked pears poached in caramel, with a macadamia crumble and pear sorbet. The inspiration for this came from us having apples and pears growing in the garden when I was younger and I remember standing on a stool in the kitchen helping making crumbles with my mum and Grandma.

DF: Did you run into any problems on final day or did it all go smoothly?

DC: I was nervous, of course, but I had practised quite a lot and I knew what I had to do. The final was held in a kitchen I had never been in before, but once the time started you just got on and cooked. You do have to talk to the judges about what you’re doing, it was definitely stressful, and a few things could have gone better, but I was pleased with the way things went on the day. I knew I was competing against some other very good chefs, but we were all in the same boat and I knew I had just practised and practised what I had to do.

DF: What’s been the reaction from friends, family and colleagues?

DC: I was a bit shell-shocked at first on the night. I was there with my mum and dad, Gary Jones and Raymond Blanc; they were all very pleased and in the end I felt quite elated. They were broadcasting the final announcement live on social media and I know a fair few people were watching it live because I quickly got some lovely messages.

DF: Going back to the beginning, tell us how you became interested in cooking?

DC: Like I said, it really first started with me on a stool in the kitchen helping to bake bread and cakes. I spent some time growing up in Africa, in Tanzania and Kenya, where there were lots of different foods I’d never seen before, and I really saw there that food helped bring families and friends together. I love cooking because it brings people together and you can make people happy.

DF: What work experience and training did you have prior to the Belmond Jardin aux Quat’ Saisons?

DC: I did a GCSE in catering at school and then at 16 I joined specialised chef scholarship in Bournemouth, as part of which you did a placement, and I went to the Chewton Glen Hotel. The scholarship alternated three months in college with a year’s placement work over three years. At the end I moved to Le Manoir where I am junior sous chef.

DF: What or who persuaded you to enter for the Young National Chef of the Year competition?

DC: I already knew about the Young National Chef of the Year, but when I joined Le Manoir I found I was working with chefs who entered and even won it – such as Henry Wadsworth and Luke Selby - I saw how hard they worked for it and the rewards and recognition they got and I thought that was something I would like too.

DF: Tell us a little bit about how you’ve found the experience of competing in it?

DC: I was emailed and invited to enter. I spoke to Gary Jones and we thought it would be a great challenge. It means competing against others and you challenge yourself as well. It takes you outside your comfort zone. Between then and the final, I spent the time coming up with ideas, researching ingredients, trying different recipes, doing testers. I had to do this alongside my regular job so it was quite a manic three months, but it was all worth it. I think Young National Chef of the Year is an absolutely fantastic competition to enter. And even if I hadn’t won I would still have thought it well worth while taking part because you still learn about yourself and you’re not going to lose by doing that.

DF: Finally, can you share with us any ambitions you’ve got as a chef?

DC: I’m very happy staying at the Le Manoir for now. I haven’t got any big ambitions, but I’m very much looking forward to enjoying the prizes that come with winning, such as the trip to Norway to learn about fishing and seafood and the culture there. There’s a trip to a European city, I’ve not been told which, but I’m looking forward to that because there are always things to learn by experiencing something new.