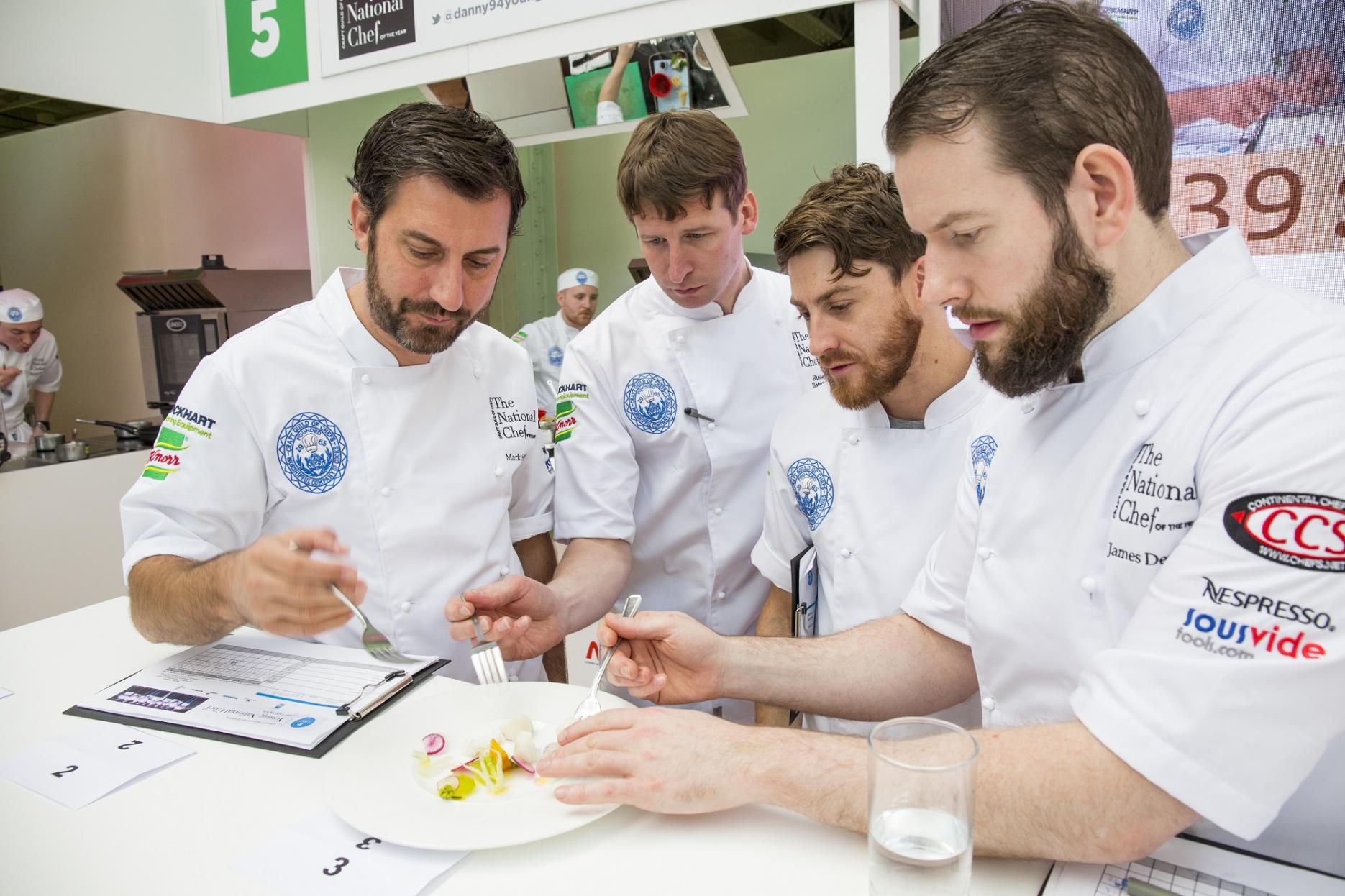 Written by: Katie Imms
The Craft Guild of Chefs has launched its hunt to find ten young chefs to put their skills to the test in The Young National Chef of the Year final. As well as revealing which competitions the semi-finalists will be seeded from, the organisers have also uncovered a challenging brief set to truly test the culinary skills of those cooking at the heats in June.

With a hugely anticipated wedding taking place on the 19th May and with the Craft Guild of Chefs being under Royal Patronage, the Guild is looking for dishes that would impress both the Royal family and some of the toughest chef judges in the country.

Semi-finalists have been tasked with devising a celebratory two-course lunch menu reflecting the Royal Wedding of HRH Prince Harry and Meghan Markle. Chefs are given the freedom to interpret the lunch in their own way, but the main course and dessert must be produced and served within 90 minutes.

YNCOTY organiser and Vice-President of the Craft Guild of Chefs, David Mulcahy said: “To even be considered for a semi-final spot, a chef must already have been recognised in our industry or have been pushed into the culinary spotlight. We’re looking for the best young talent to cook in the final which is why we work with so many well-respected culinary competitions around the UK to seek out the chefs who have the skills to face this challenge. When planning their menus, we want competitors to focus on the sourcing of ingredients and seasonality, whilst the judges will be looking for good use of skills and innovation.”

The YNCOTY semi-finals will take place at Sheffield City College on Tuesday, 12th June and at Le Cordon Bleu in London on Tuesday, 19th June 2018. To earn a place in the semi-final, chefs must already have seen success in another UK culinary competition or have been invited to take one of the much sought-after wild card spots. As part of the launch, the Guild has confirmed the six competitions in which semi-finalists will be seeded from: -

The overall winners from the British Culinary Federation, the Royal Academy of Culinary Arts Awards of Excellence, World Skills UK and the Craft Guild of Chefs’ Graduate Awards will be automatically seeded a place in the final at The Restaurant Show on Tuesday, 2nd October 2018.

Former winner of both the young and senior title, Mark Sargeant, will continue his role as the ambassador for the competition. He said: “Working on Young National Chef of the Year is a role I love. The standard of cooking is always impressive, and I think this is down to the way we select the finalists, as well as the mentoring and support they receive from the wider industry, especially the judges. This competition has helped create some of today’s biggest young stars including Danny Hoang, Ruth Hansom, Luke Selby and most-recently, Danny Young. I have high hopes and expectations for the skills that will be shown at this year’s semi-finals and final and can’t wait to taste the dishes.”

The Young National Chef of the Year is run in partnership with KNORR and is supported by Mash, Norwegian Seafood, Quorn Foods and Churchill. It is hosted at Le Cordon Bleu, Sheffield City College and The Restaurant Show.

Chefs can see all the competition action by following the hashtag #YNCOTY, @Craft_Guild on Twitter and @craftguildofchefs on Instagram.