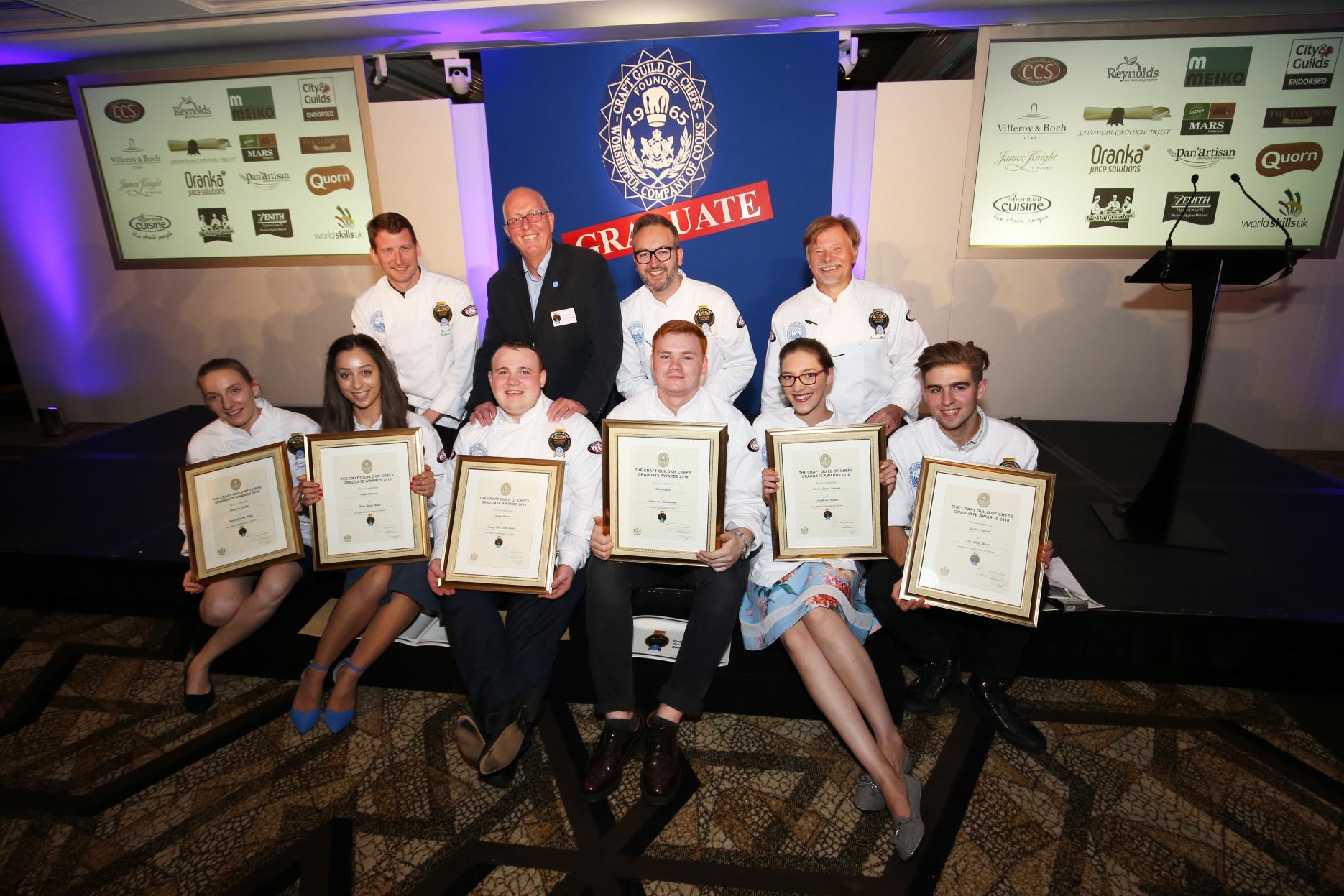 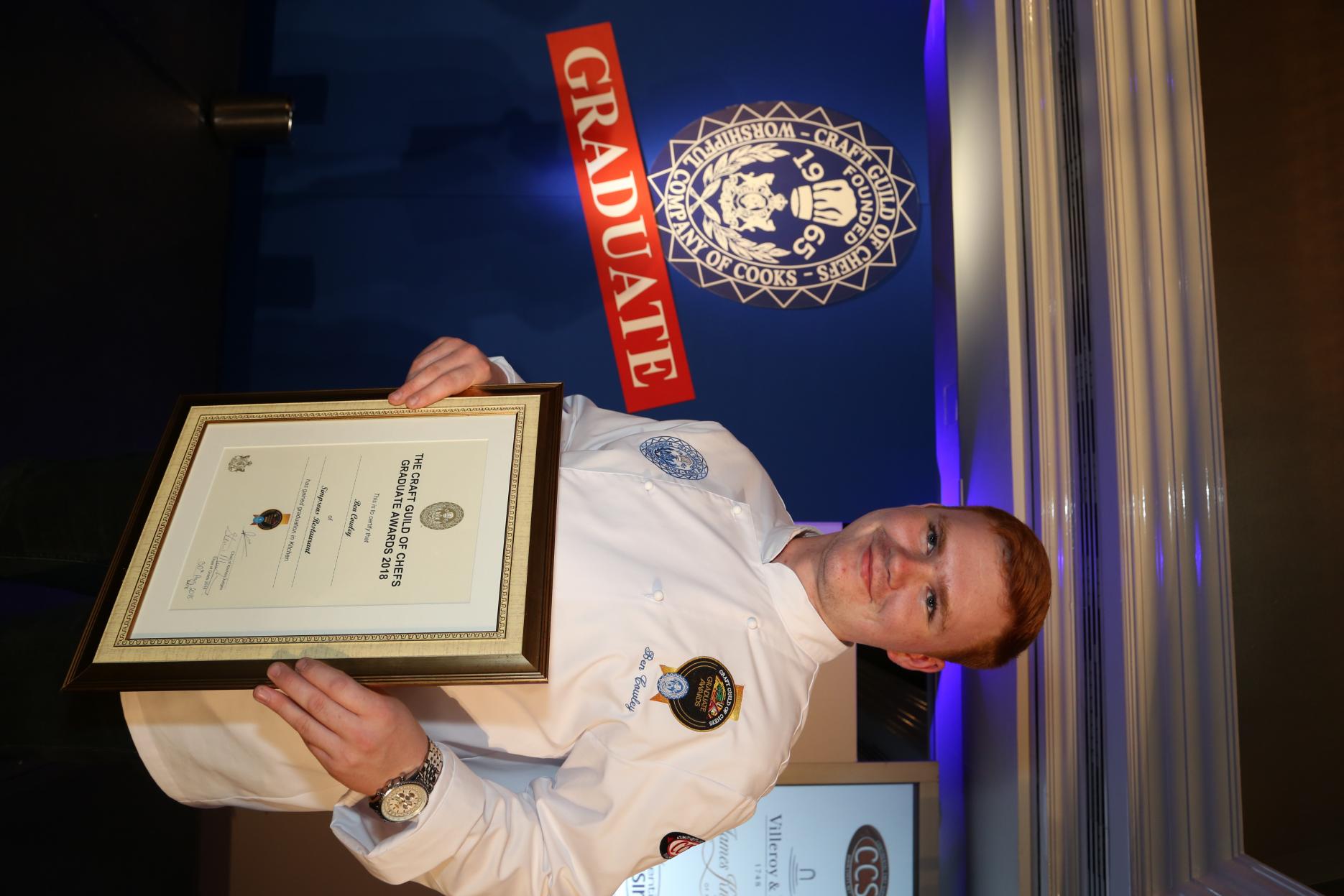 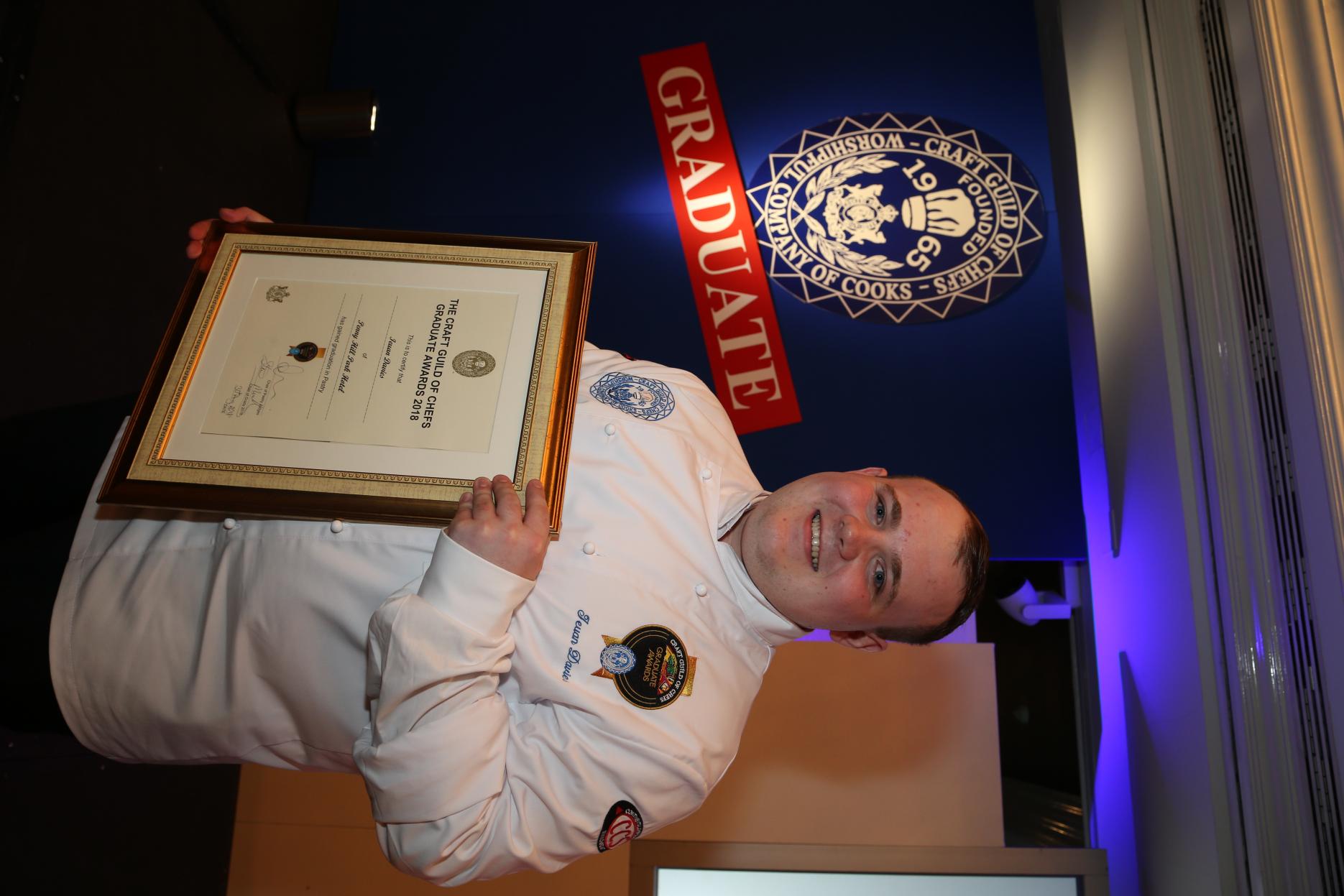 Written by: Katie Imms
The Craft Guild of Chefs has revealed the six young chefs who passed its 2018 Graduate Awards, following an intense five hours in the kitchens of University College Birmingham (21 August).
Regarded as one of the hardest skills tests in the industry, a total 14 chefs undertook the final kitchen or pastry exams - after completing an online entry form and regional heats.

To join the Graduate Awards hall of fame, the chefs (aged 23 or under) had to achieve a pass mark of 85%.

This year’s kitchen grads are:

Meanwhile in the pastry test, successful chefs include:

Special recognition goes to the highest achiever of each category, which the judging panel unanimously awarded to Ben Cowley for the kitchen and Ieuan Davies for the pastry test.

Not only did 2018 see us receive one of the highest number of entries, but the Guild also held two very special mentoring experiences.

For the kitchen Graduates, this involved two days in Somerset staying at the stunning North Cadbury Court and visiting a variety of farms and cheesemakers.

Chefs were able to watch butchery, fish and dessert masterclasses to help them prepare for the final exam.

On the pastry experience, finalists were shown the exam tasks before embarking on a tour of the Harrods kitchen and dinner at Roux at Parliament Square, where they met former MasterChef: The Professionals winner, Steve Groves. He shared his experience, thoughts and advice with these inspired young chefs.

Graduate Awards founder and Craft Guild vice president, Steve Munkley, commented: “This year we saw some of the highest scores we’ve ever seen in the butchery and fishmongery tests, and I’m confident that this is down to the mentor experience.

“It’s two-days of their careers that these finalists won’t ever forget and while only a few chefs passed the overall exam, the development of basic skills during this process was exciting to see.

“Knowing that we are making a real difference to the level of raw culinary skills in the industry makes all the hard work worthwhile.

“Those who didn’t make the grade really should think about coming back next year and trying again, as so often we see chefs taking a few attempts to get through. It’s a high standard but when the achievers go on to take part in competitions such as Young National Chef of the Year, it is absolutely key they are ready to battle at the highest level.”

Chair of the Pastry Graduate Award, Will Torrent, added: “For me the one thing that has stood out beyond anything else is the personal development of these chefs.

“Yes, we tasted some delicious food that I would be happy to pay for, but I also watched young chefs push through difficulties during the five-hour exam and come out the other side stronger.

“We witnessed chefs take their time, remain focused and not give up – all of which are skills only the best chefs have. Whatever the level of culinary competition, the lessons you learn when you don’t achieve are just as important - if not more so - than those when you succeed.”

The Kitchen Mentor Award was this year presented to Peter Fiori, executive chef at Coutts Bank, for the input he provided kitchen finalist, Isabel Wallace-Hadrill throughout.

Chefs can register their interest for the 2019 Graduate Awards by emailing enquiries@craftguildofchefs.org or by tweeting @Craft_Guild.