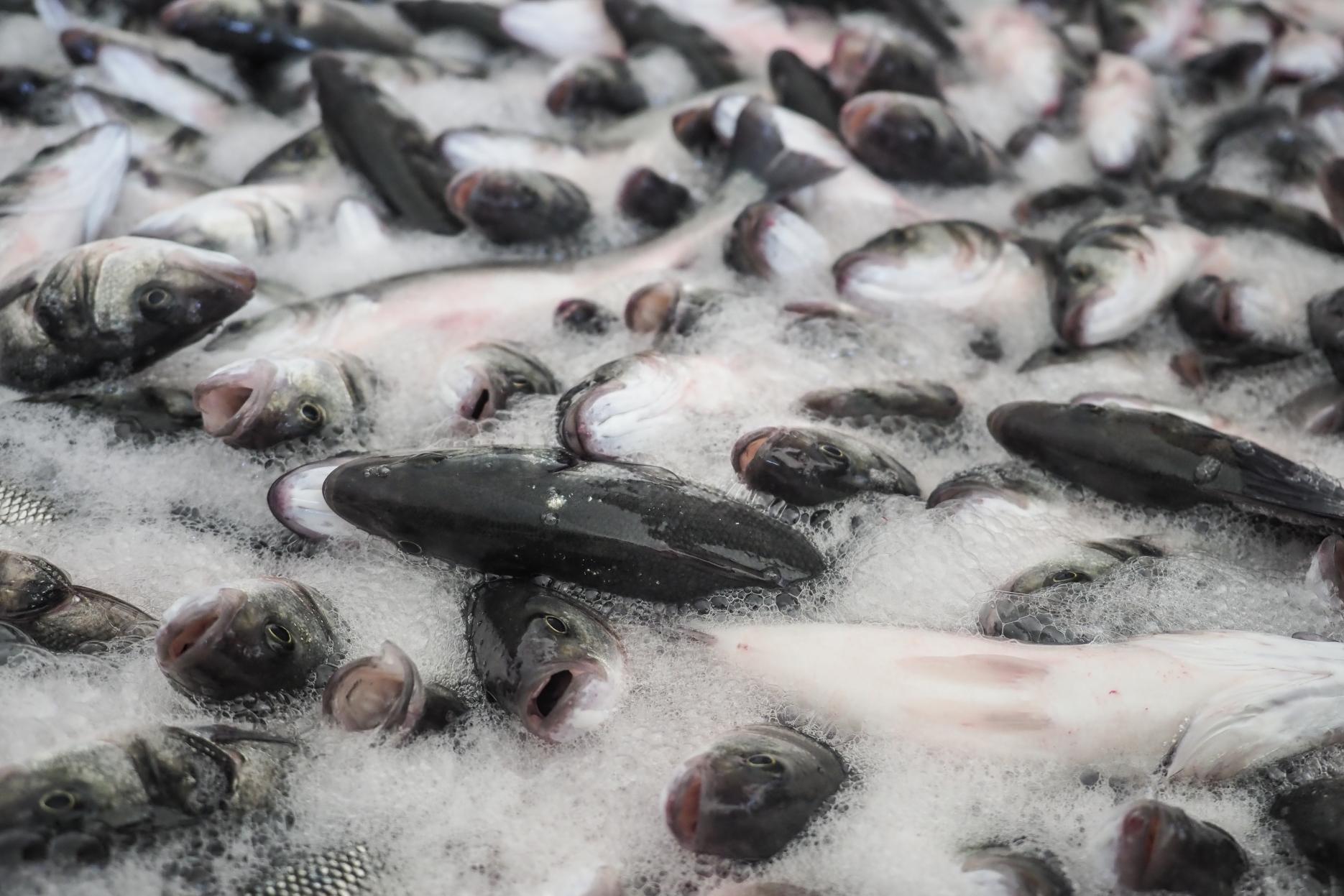 Written by: Edward Waddell
A petition with over 150,000 signatures, which is asking for new standards to protect the welfare of fish, has been handed in to the European Commission.

Each year in the EU, around a billion fish suffer silently in underwater factory farms. Scientific research has discovered that fish not only feel pain and experience fear but they also like to explore, travel, socialise, hunt and play.

The petition calls on the EU to set good fish welfare standards during rearing, transport and slaughter. It was launched by non-profit Compassion in World Farming and has been supported by Essere Animali and WeMove.

Olga Kikou, head of Compassion in World Farming EU, said: “Thousands of people from Europe and beyond have asked the EU to stop ignoring the issue of fish welfare. People are increasingly aware that fish are being tortured in underwater factory farms, yet most politicians have so far turned a blind eye to the issue.

“In the EU, we farm about a billion fish every year, yet we have almost no rules to prevent abuses. We must absolutely set standards to avoid overcrowding, diseases, mutilations, rough handling during transport and painful slaughter. Like other farmed animals, fish deserve better. We now call on the EU Commission to take action to deliver this request from EU citizens.”