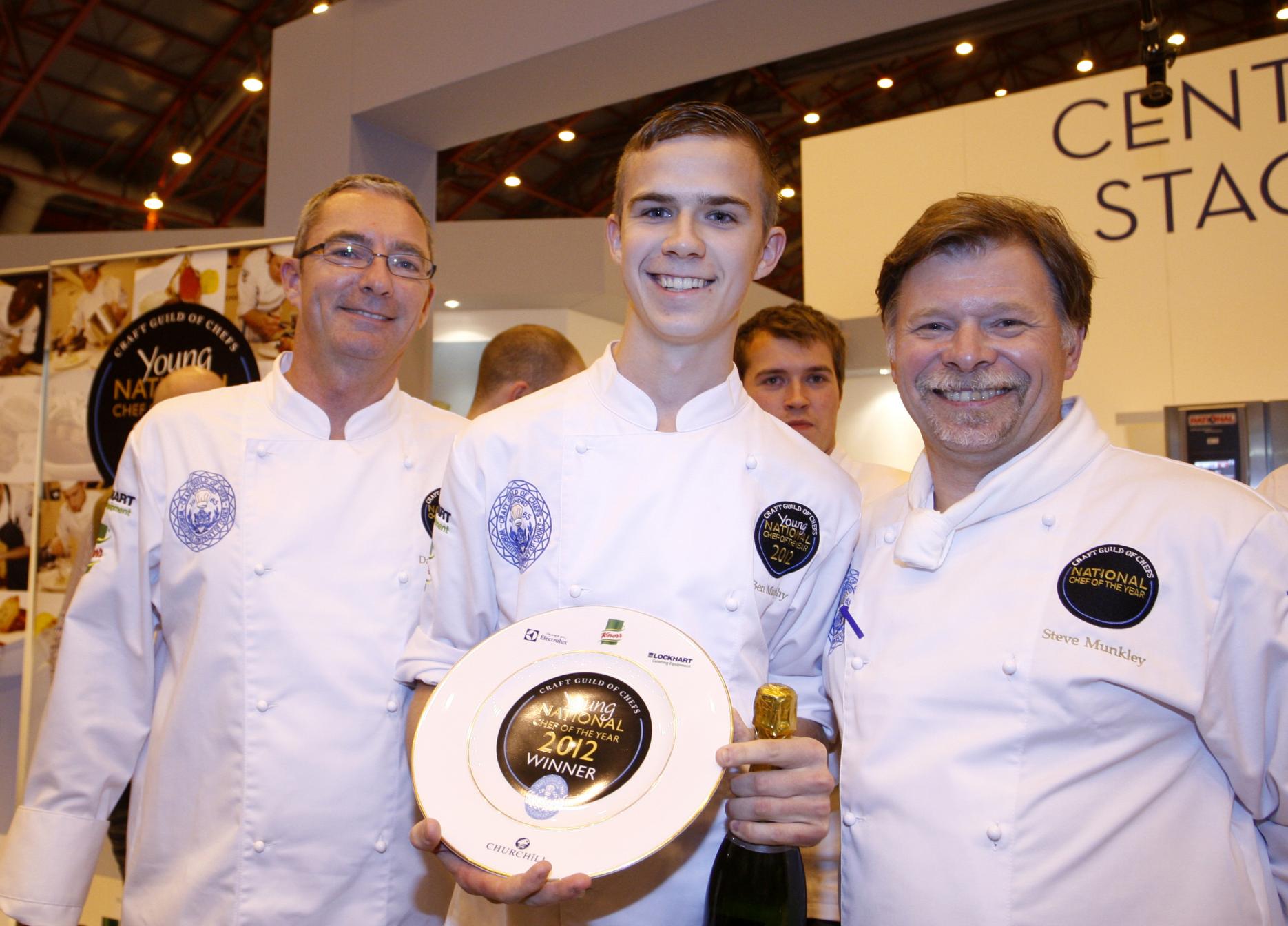 Written by: Admin
Ben Murphy has beaten off seven other top young chefs to win the Young National Chef of the Year 2012 title.

Runners up were Jack Allibone from Simpsons Restaurant in Birmingham, followed by Lewis Gallagher from the Stanley House Hotel & Spa.

Steve Munkley, event organiser and Craft Guild vice president, said: “He was innovative in his recipe development and delivery while being consistent across all three dishes. Ben’s professional working methods shone through and his previous training and competition expertise including WorldSkills has again come to the fore.”