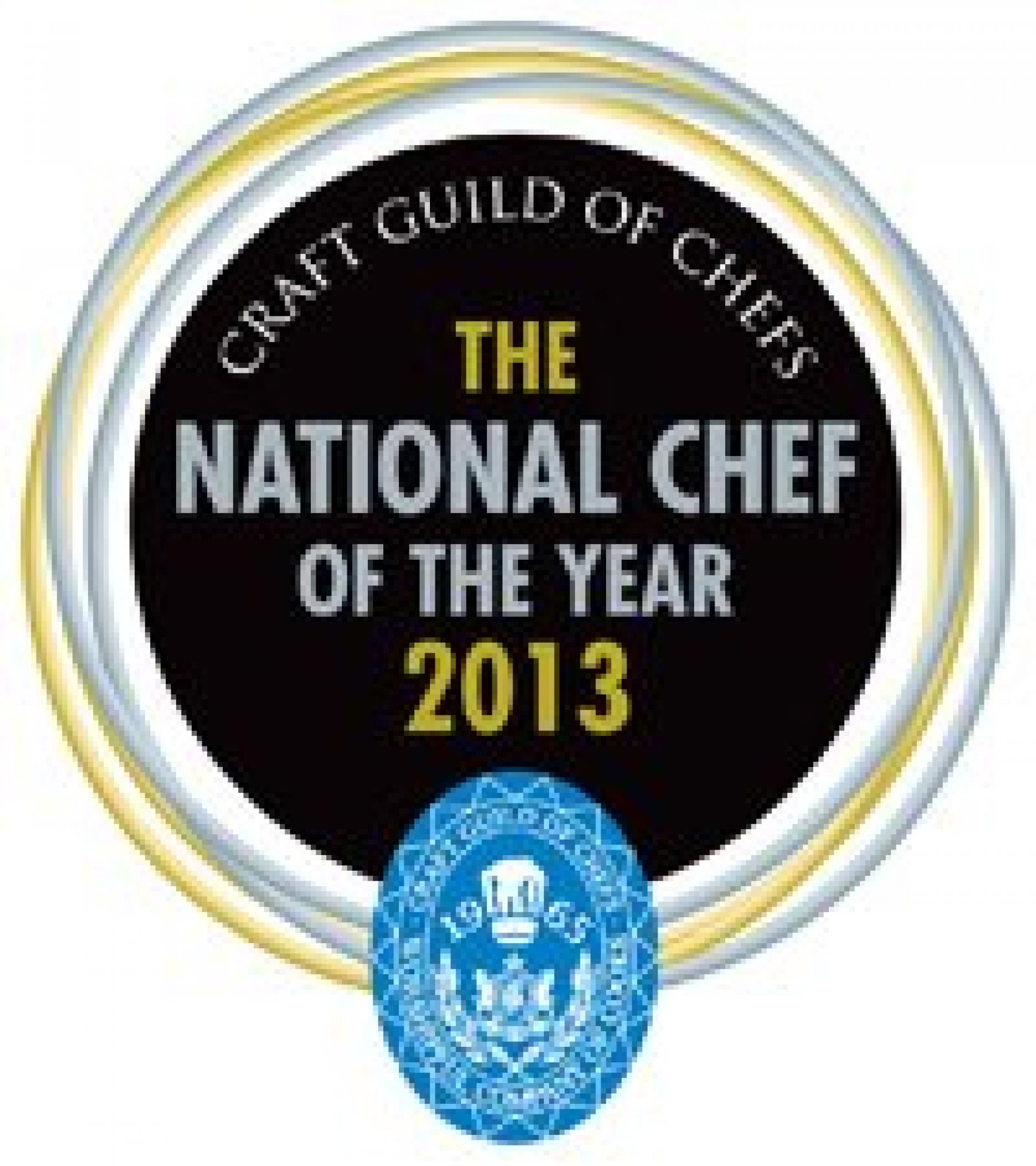 Written by: Admin
Britain's culinary stars are being invited to rise to the challenge and enter the Craft Guild of Chefs National Chef of the Year 2013.
The competition, now in its fifth decade, is recognised as the annual search for a chef that stands out from the crowd in terms of wow factor, skill and passion, and will follow in the footsteps of renowned chefs such as Gordon Ramsay, Simon Hulstone, Mark Sargeant, Frederick Forster and last year's winner Alyn Williams.David Mulcahy, competition organiser and vice president of the Craft Guild of Chefs, said they were particularly keen to embrace diversity on all levels this year."We'd like to see chefs from all different backgrounds enter the competition and have a fantastic team of ambassadors to help achieve this aim," he said. "Joining chairman of judges Philip Howard, we have Angela Hartnett, Atul Kochhar and myself, who all hope to make this year's competition the best one yet."Winning this competition can seriously enhance the career prospects of a chef and the skills required to compete and succeed at this level must be of the highest order. I have the utmost respect for those that enter and am really looking forward to receiving the entries."Since 2010, one of the competition's key objectives has been to celebrate the multicultural nature of the UK, with the contest now divided into three categories, Asian/Oriental, Modern British/European and Rest of the World.The initial paper judging of the entries takes place on May 13, followed by semi-finals at Sheffield College on June 18 and the University of West London on July 2 and 3.A mentor day for finalists, which invites suppliers to showcase ingredients in a farmer's market-style exhibition and includes workshops, key note speeches and words of wisdom from organisers, chef judges and past competitors, will then be held on September 20.Advancing through the various stages of the competition requires a well thought out menu, with particular attention paid to authenticity, sourcing, seasonality, timing and wastage while creating a menu that offers maximum flavour, texture, balance and style.Finalists also have to create a dish from a mystery basket, with the list of seasonal produce presented as an order form to be completed and returned to competition organisers before the final.This year's winner will be announced at an awards ceremony after the live final at the Restaurant Show at Earls Court in London on Tuesday, October 8.As well as national acclaim, the title winner walks away with an impressive haul of prizes. Last year Williams won cash, an exclusive study trip with dinner at a three Michelin starred restaurant in France, a study trip to Norway, master classes with industry greats and specialist chef's products and equipment.Williams, chef patron at Alyn Williams at The Westbury, said: "Winning the title 'National Chef of the Year' was one of the most significant achievements within my career. I now have high hopes of the opportunities that will come as a result of winning the title."To enter, chefs must get their ideas down on paper for a three-course lunch menu for four people before Friday, April 19. From the paper judging, 40 successful entrants will be invited to compete in the semi-finals, with eight chosen to go on to the final.