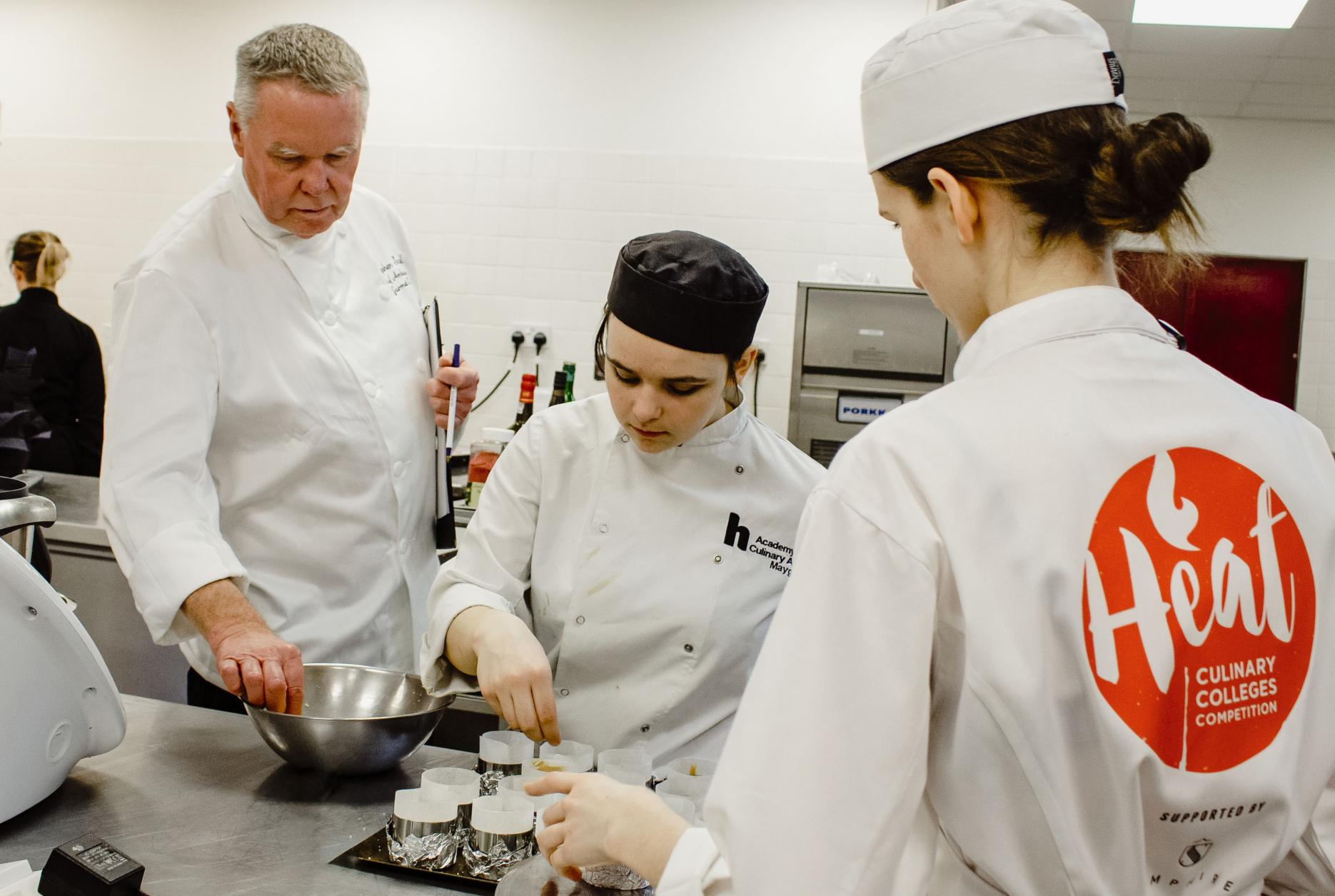 Written by: Edward Waddell
The finalists have been announced for the culinary college competition Heat 2020 that returns this March for a fourth year.

Colleges in the UK have competed to win the opportunity to reach the final of the prestigious culinary competition in Jersey that has become a highlight in the Craft Guild of Chefs events calendar.

Rising stars in the hospitality industry, both in the kitchen and front of house, will go head-to-head at Heat 2020. The mentors will lead teams to cook a four-course meal for dinners and battle it out at Highlands College to win the Peter Queree Trophy.

A high profile chef will lead each college team:

Radiguet said: “I am really looking forward to leading the Jersey team and working alongside the talent of the future. The competition is of a very high standard, with some of the top colleges in the UK competing.”

Bennett added: “Heat has become one of the key competitions in our culinary calendar, as this event has gone from strength to strength, because of the standards that we have initiated in making this a ‘must to enter’ for Colleges around the UK to be part of, given the amazing rewards on offer.

“This competition inspires the next generation of chefs to cook to the highest standards in front of a highly respected panel of judges.”

Student chefs will visit local suppliers in Jersey to see some of the best local produce at its source. They will also take part in a skills training day whilst they are on the island.

Dave Chalk, Jersey Craft Guild of Chef, commented: “At the Craft Guild we believe strongly in the development of the next generation of caterers, which is why we have devised HEAT in partnership with Highlands College, PACE and Freedom Media.

“Jersey is one of the most foodie destinations in Britain, and we are not short of locally produced, reared and caught produce all year round - a selection of which you will taste throughout this competition.”

The winners will be announced at a Gala Celebration dinner on 12 March at St Brelade’s Bay Hotel.