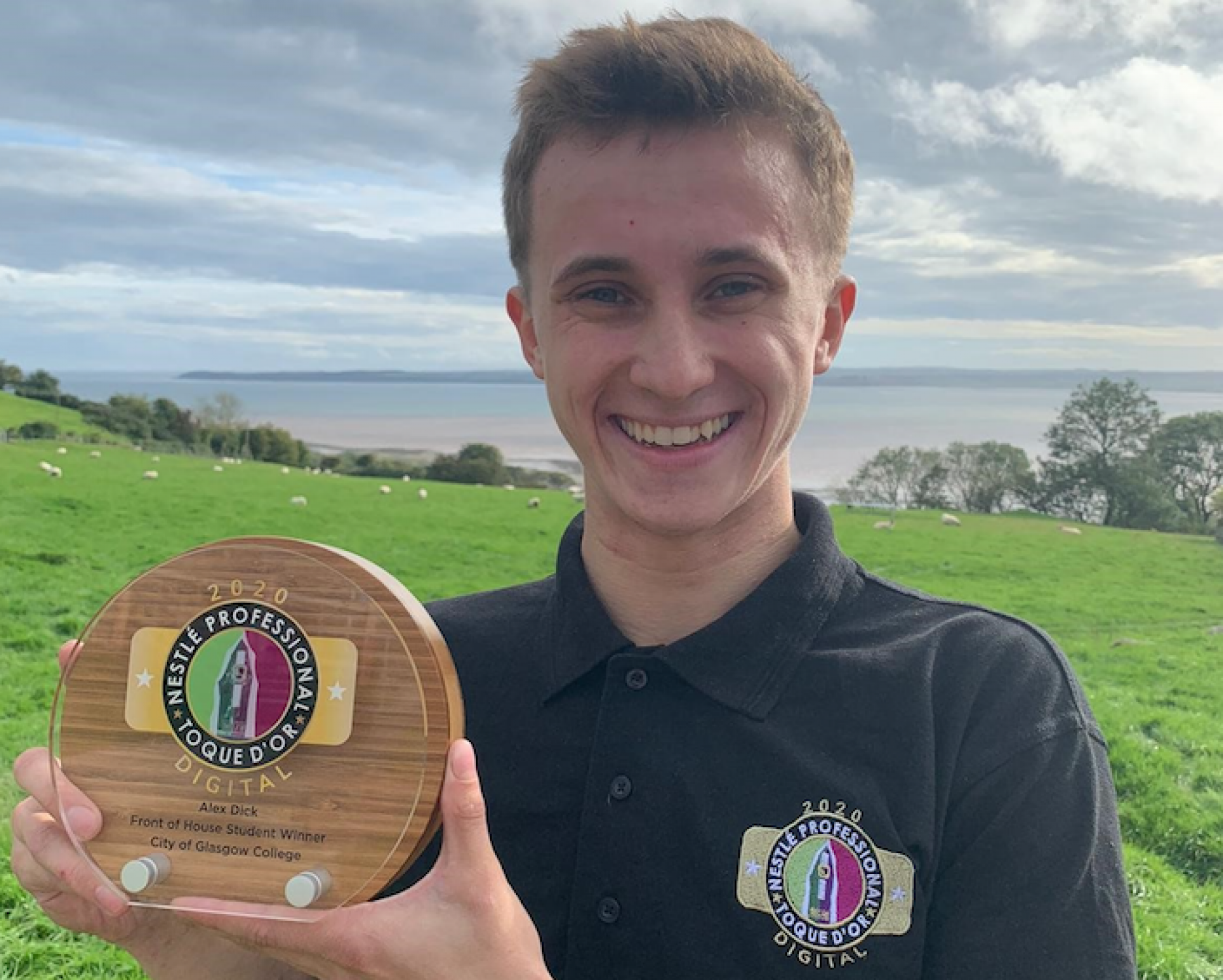 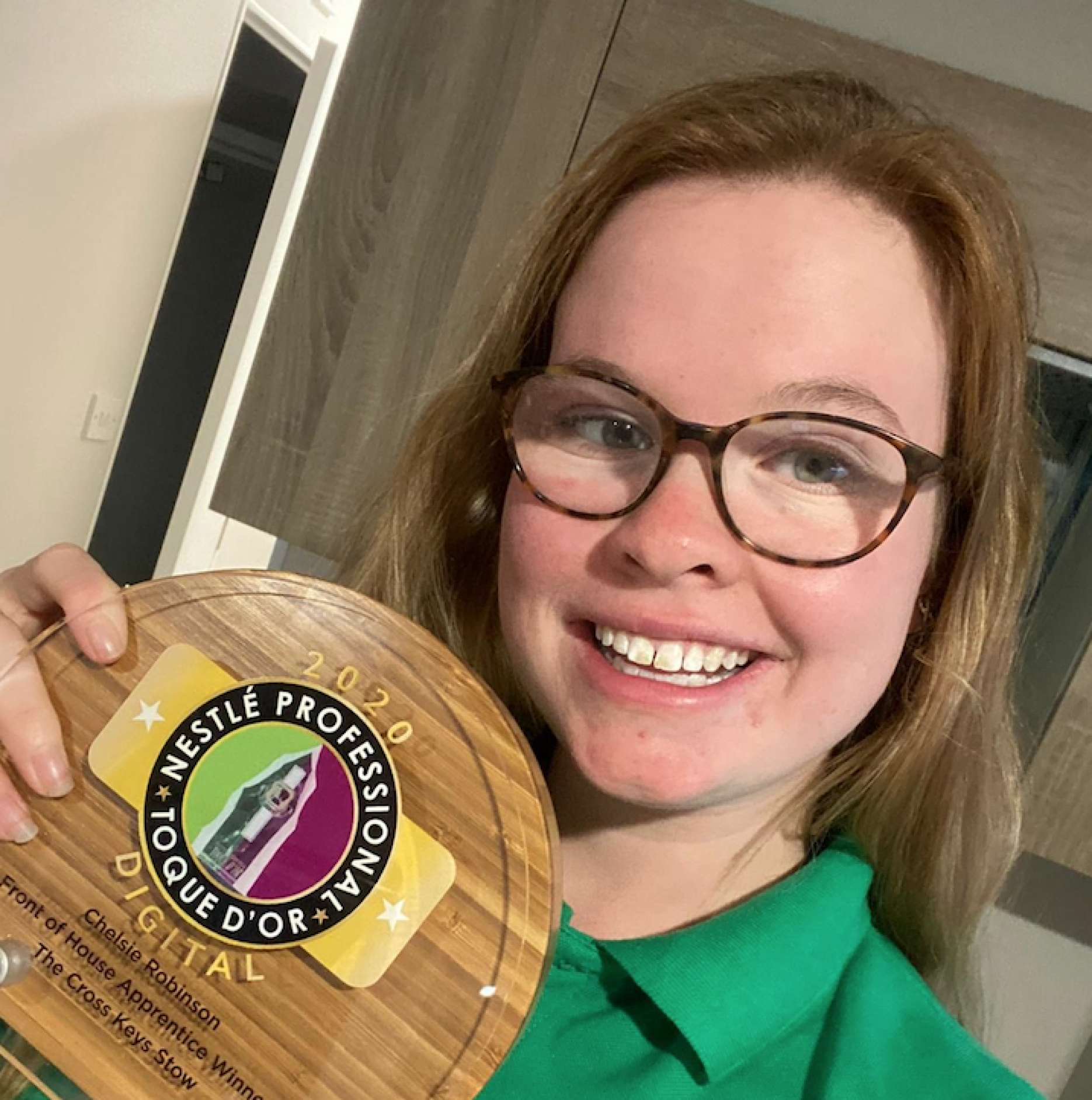 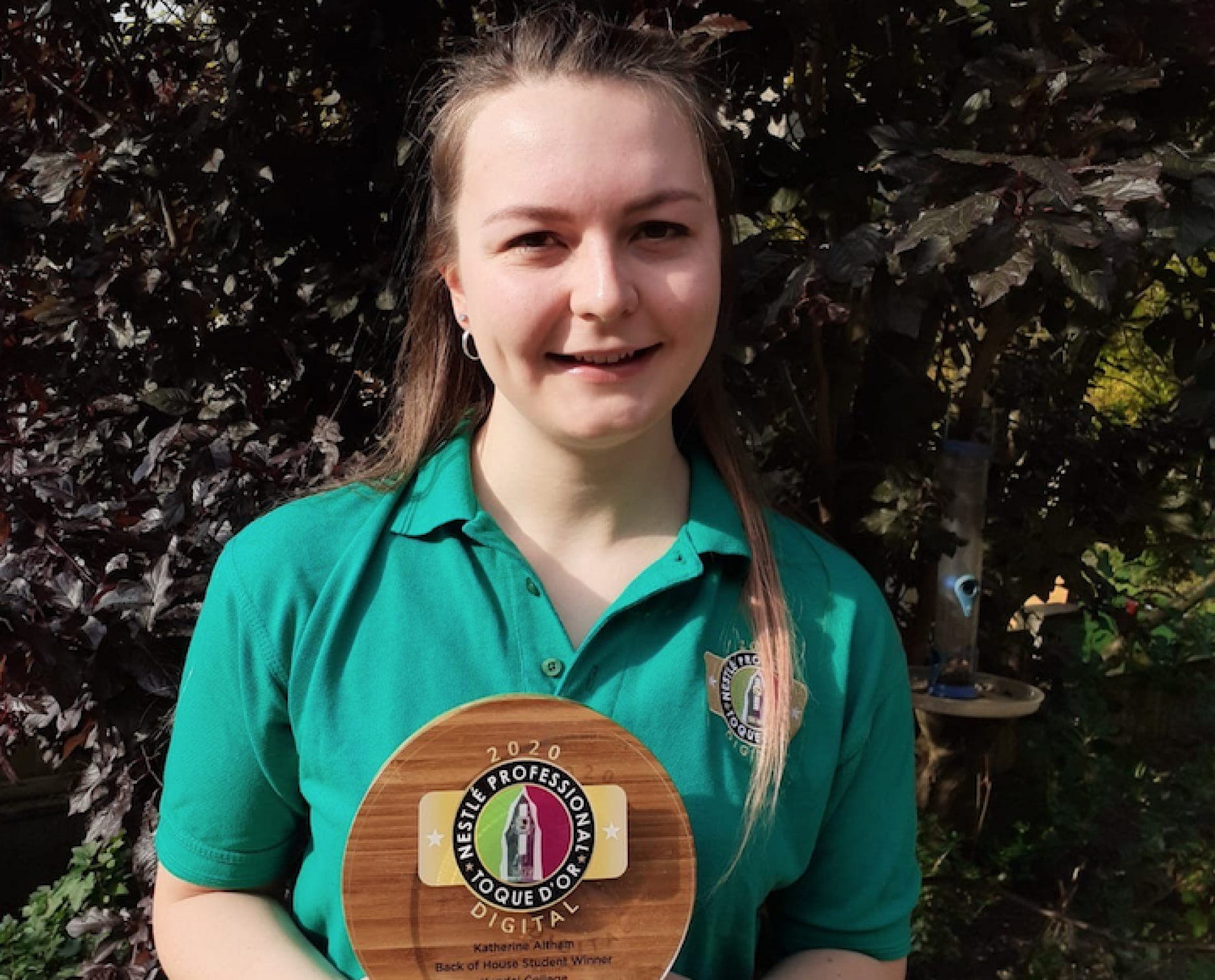 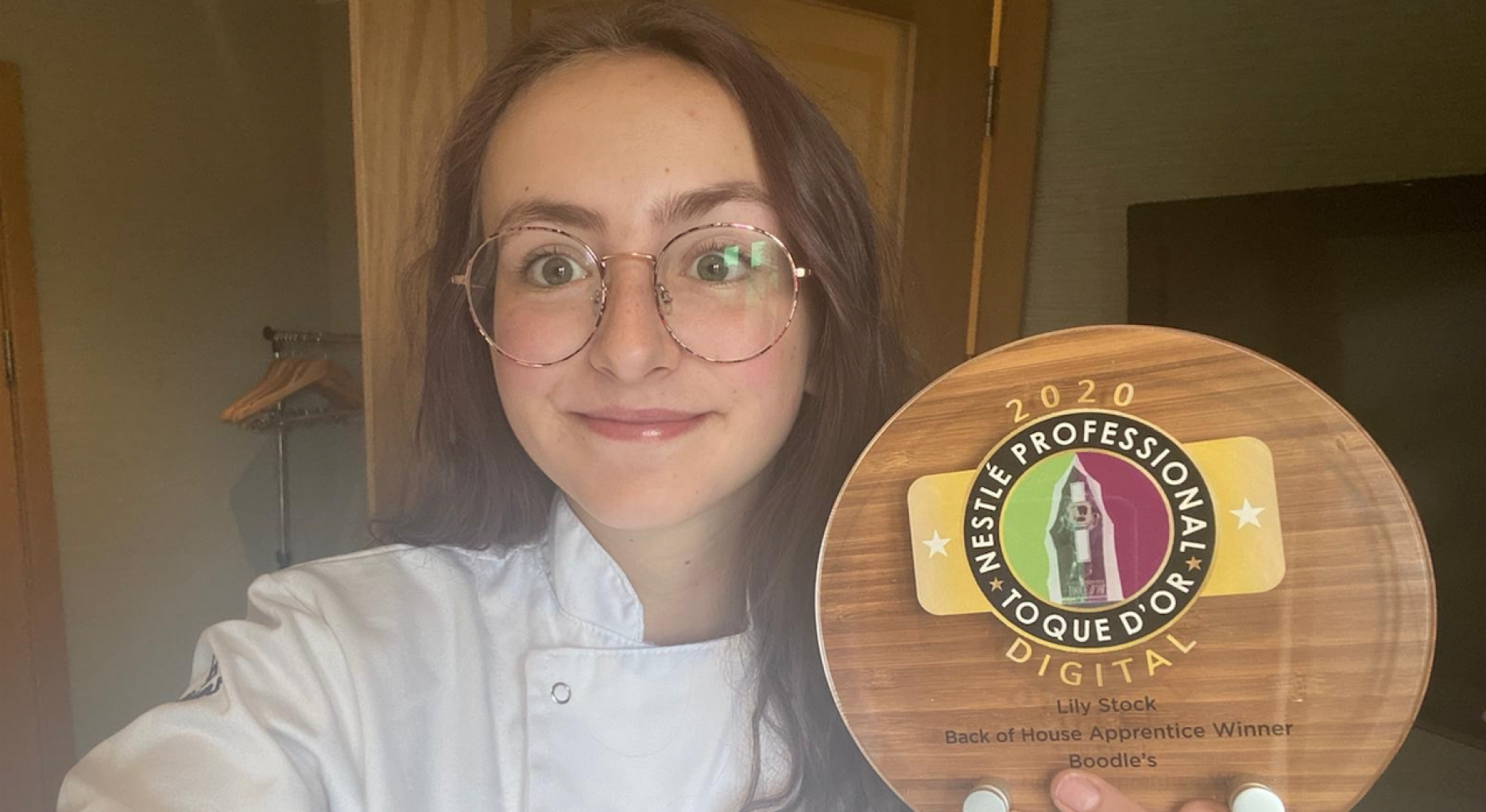 Written by: David Foad
Nestlé Professional has announced the winners of its Toque d’Or 2020 competition, which celebrates the best young college students and apprentices – both front and back of house.

In a live virtual awards ceremony hosted on YouTube, the awards took place on Friday, September 11th and were watched by industry insiders, media and supporters of the competition.

The awards were hosted by TV personality, Mark Durden-Smith, who revealed the challenges the finalists had to face during this year’s competition and interviewed the competitors about their Toque d’Or journey.

The announcement of the winners was made by Katya Simmons, managing director of Nestlé Professional UK & Ireland.

She said that 2020 had been a landmark year for Toque d’Or, with the competition having to change format due to the challenges of Covid-19. The competition also increased its digital elements, with digital entries, Instagram-led challenges and virtual finals and awards, a first in its 32-year history.

At the beginning of the year, national heats took place across the country in Glasgow, Birmingham, Westminster and Gatwick, where aspiring hospitality superstars battled it out in front of a live audience and panel of expert judges.

Following the virtual re-jig, the competitors continued to compete in a series of challenges designed to stretch their knowledge and prepare them for the world in the ‘new normal’.

The finale of the competition saw front and back of house finalists take part in a series of digital challenges in August, aimed at helping competitors develop their own ‘click and collect’ business model.

The challenges consisted of a mix of practical, service-based and business-focused tasks, concentrating on crucial areas such as social media promotion, business management and sustainable food and drink.

Each challenge was overseen by a panel of expert judges including James Tanner, chef and restaurateur; Ruth Hansom, the first female to win Young National Chef of the Year and contestant in this year’s Great British Menu; Alison Taffs, owner at Alison Taffs People Development and The Grape Society; and Robert Smith, creative director and producer at Shuttersmith Media.

Simmons added: “This is a transformative moment for the winners. Time and again, we’ve seen this competition open doors to new and exciting opportunities within the industry. The winners’ inspired business plans demonstrated tremendous creativity.

“Everyone who took part this year should be really proud of themselves for persevering through incredibly challenging circumstances. In addition to honing their skills and adding value to their CV’s, they all brought positivity and celebration to the hospitality industry at a time when it was very much needed.”

Talking about her experience, back of house apprentice winner, Lily Stock, said: “I was over the moon when I found out I had won, with this being my second year in the final, I felt it was a really big achievement.

“The competition was so different compared to last year. When I first found out I was in the final, I thought I had an advantage as I knew what to expect but then when it went digital, it was like doing a completely different competition. It was a brilliant experience to be a part of and well done to all the other finalists, I know how hard everyone worked and they should all be very proud of themselves.”

Front of house student winner, Alex Dick, said: “Winning was such an incredible feeling, for myself and for my college who are incredibly proud and supportive. I really wanted to show off Scotland’s larder, especially from my local area, and through a pretty intense week I managed to create quite an awesome business. Local produce truly is the way forward.

“For anyone thinking of entering next year’s competition, my advice would be to do it! You learn so many new skills and ideas, as well as grow in confidence throughout the whole experience.”

Each of this year’s challenges has been supported by Toque d’Or partners, including Grindsmith, WSET, OLIO, Nescafé, Shuttersmith Media and Footprint Media; there was backing too from this year’s sponsors PACE, HIT Training, Savoy Educational Trust, Russums, Nespresso and Springboard.

To get involved with next year’s competition visit: https://www.nestleprofessional.co.uk/toque-dor 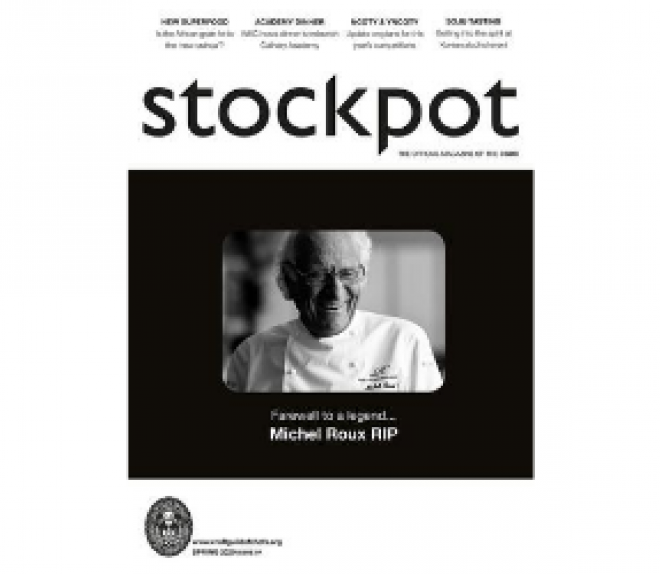 Craft_Guild
RT @chefsdotnet: LATEST ARTICLE: THE IMPORTANCE OF CULINARY SKILLS & TALENT IN HOSPITALITY Read our latest article for experiences and tho…
1
0 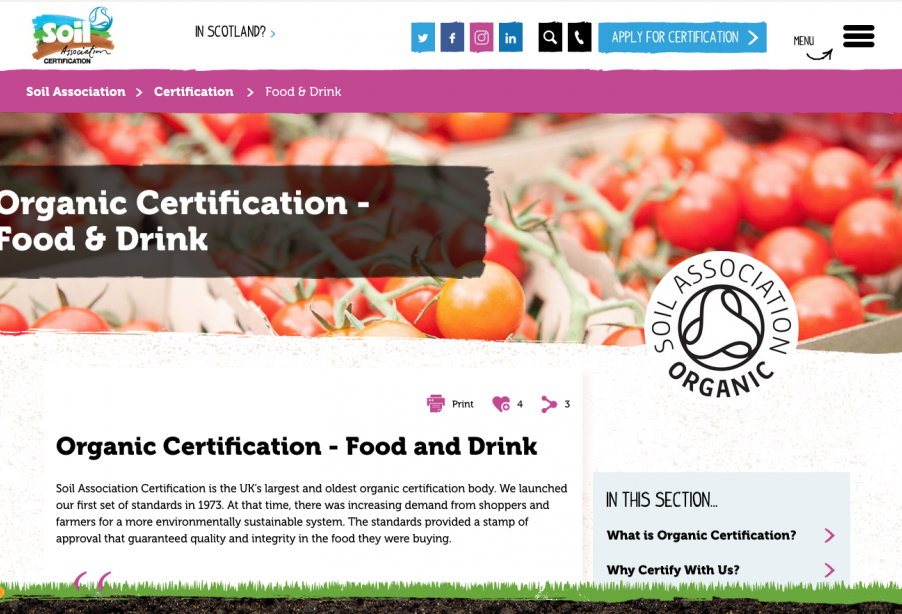 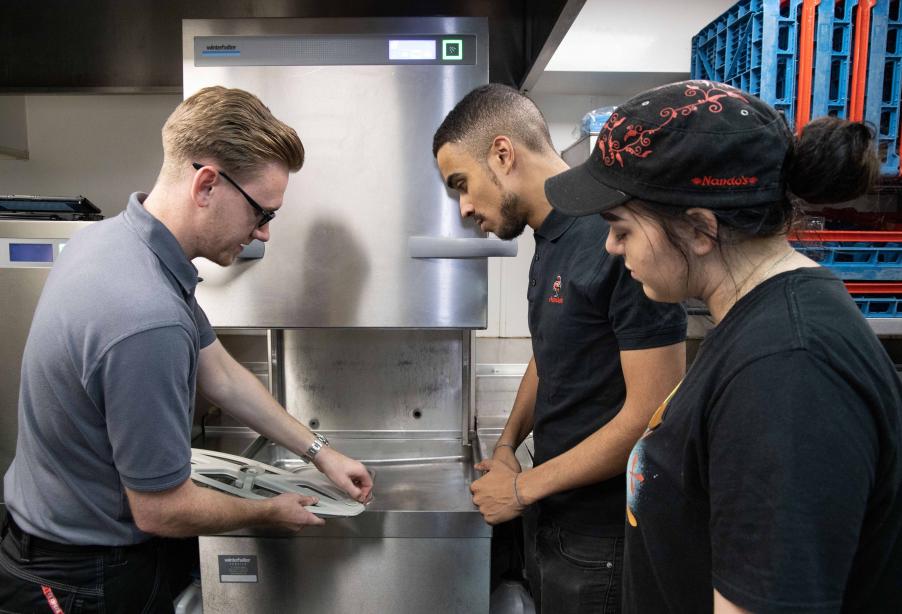 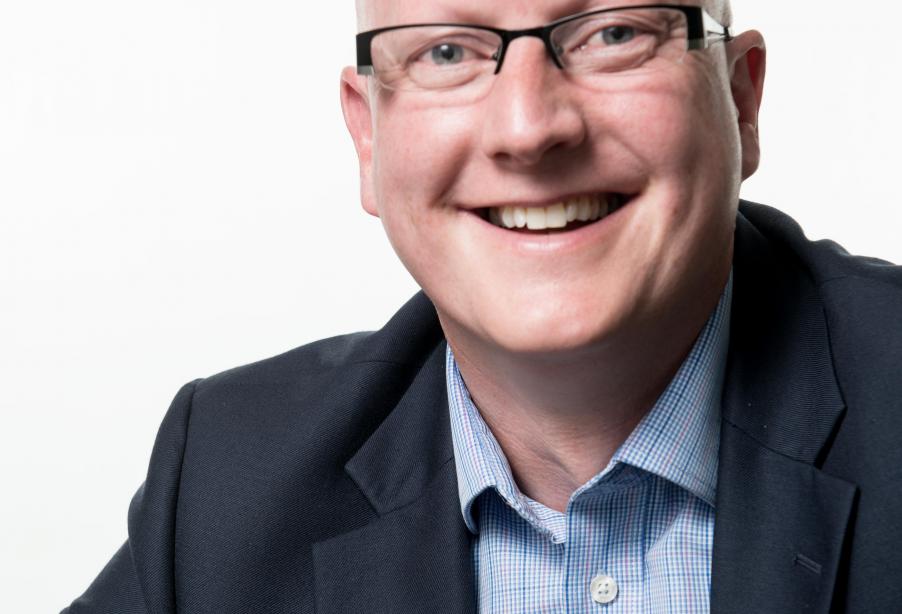