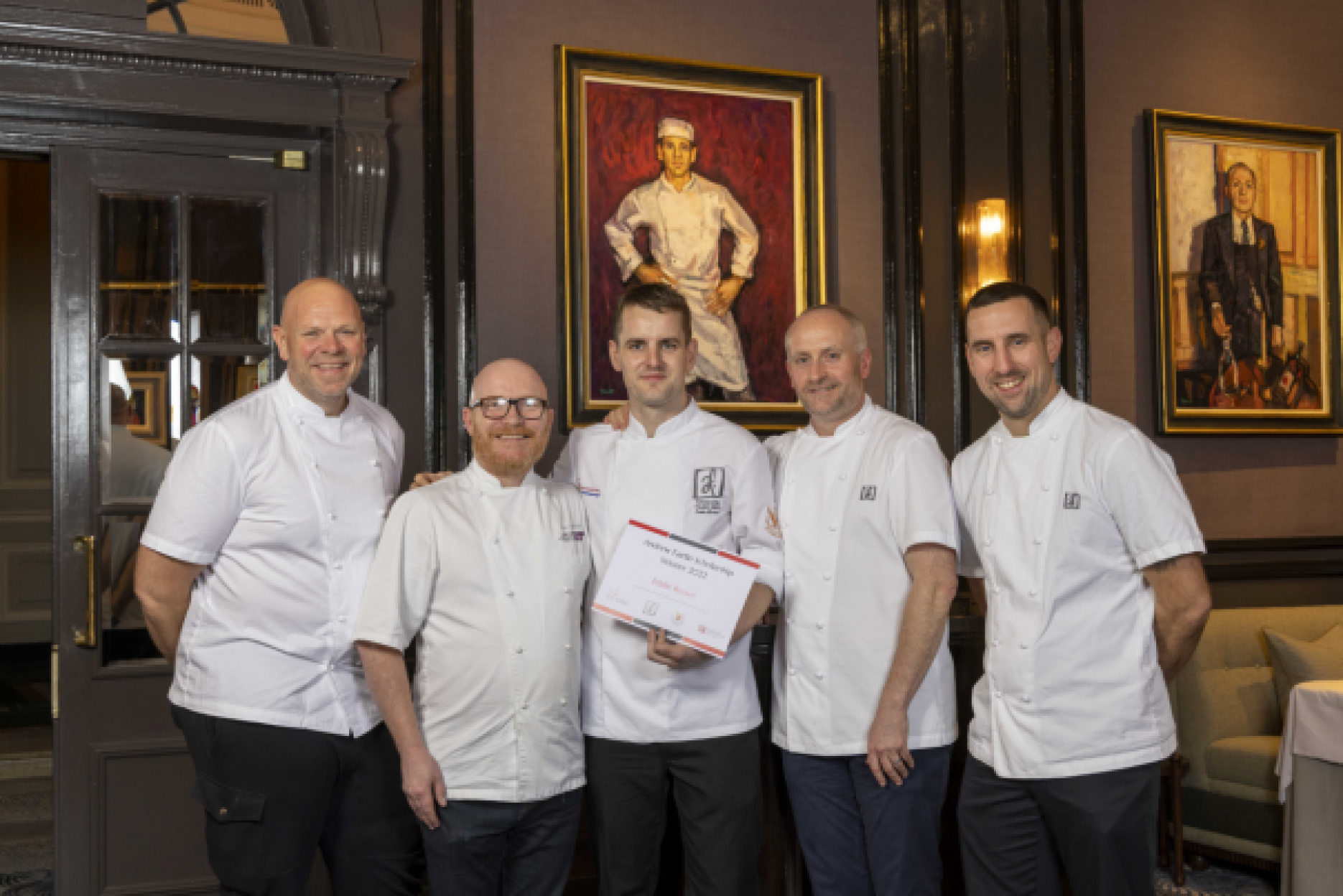 Written by: Edward Waddell
The Hospitality Industry Trust (HIT) Scotland has announced Eddie Brown, a 30-year-old sous chef at The Carnegie Club at Skibo Castle in Dornoch, as the recipient of this year’s Andrew Fairlie Scholarship.

The Andrew Fairlie Scholarship is awarded annually in memory of Andrew’s ‘unwavering commitment’ to supporting and nurturing culinary talent in Scotland.

Finalists had to cook up a dish of their own creation using their choice of Scottish furred game, alongside two garnishes and poivrade sauce. The judging panel included Stephen McLaughlin, Russell Plowman, Tom Kerridge and Gary Maclean (National Chef of Scotland & MasterChef: The Professionals Winner).

Lead judge and head chef at Restaurant Andrew Fairlie, McLaughlin said: “What a fabulously hard-fought finals day we have just had. All our finalists have shown exactly why they were selected for the final. Huge congratulations to them all. They were all tough competitors and genuinely any of them could’ve been awarded this year’s Andrew Fairlie Scholarship, but unfortunately for them there can be only one winner.

“This year’s winner, Eddie, has shown great skill and a real understanding of the tasks that we had set out for them. He has displayed a rich understanding of their craft as a chef and also used their knowledge of Scottish and French culinary heritage to help set them apart as this year’s recipient of the Andrew Fairlie Scholarship.”

Eddie will gain industry-wide recognition as an Andrew Fairlie Scholar and experience once-in-a-lifetime opportunities, such as a practical stage in an international kitchen and at Michelin-starred restaurants Restaurant Andrew Fairlie at Gleneagles and Core by Clare Smyth in London.

Craft_Guild
RT @willtorrent: It was great to host a special reception at the @HouseofCommons on behalf of @worldskillsuk yesterday to celebrate the suc…
1
0