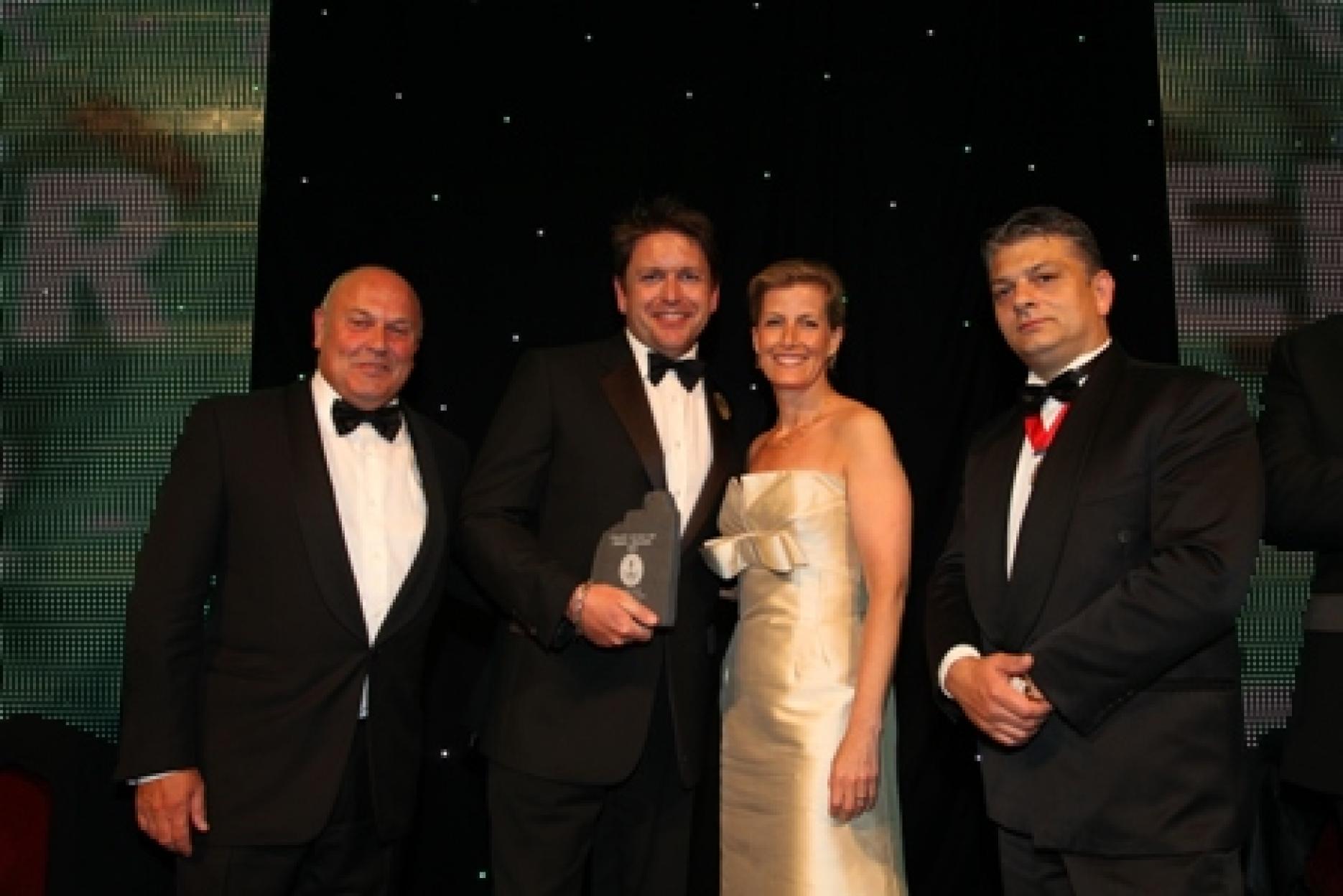 Written by: Admin
Winners of the 2013 Craft Guild of Chefs Awards were announced at a splendid gala dinner at London’s Grosvenor House Hotel in Mayfair last night (Monday, June 10), attended by almost 900 guests including the Guild’s royal patron, HRH the Countess of Wessex, who presented the awards.

To celebrate the 20th year of the awards, the 19 previous Special Award winners were acclaimed pictorially at the ceremony to highlight the industry's outstanding culinary brilliance, while teasing the audience with a question mark for this year's Special Award Winner.

Past Special Award winners who were able to be present on the night were invited on to the stage to be recognised by the audience. These were in chronological order: Peter Griffiths, Paul Gayler, Brian Turner, Anton Mosimann, Omero Gallucci, Anton Edelmann, David Foskett, Albert Roux, Stephen Scuffell, Pierre Koffmann, Philip Howard and Cyrus Todiwala.

At the end of the evening, everyone was presented with a special book commemorating these outstanding chefs, including the 20th winner James Martin.

The Special Award, sponsored by Sodexo for more than a decade, is presented to someone who has made an outstanding contribution to the industry, and Martin was praised for his commitment.

During his 20 year career as a chef, businessman, author of nine books and, of course, TV presenter on Saturday Kitchen, he had made a huge impression on chefs and consumers alike. More recently, he turned his attention to catering in the healthcare sector to show how it was possible to produce healthy, appetising meals within budget that satisfied patients and staff, which gave an insight into care catering.

Martin, who attended with fellow Yorkshireman Brian Turner, thought he was there to present an award and was completely taken by surprise. In his response he thanked Turner, his staff and above all Pierre Koffmann for being his friend and mentor.

Craft Guild of Chefs vice president and awards organiser Steve Munkley said it really was a privilege to hand over each award in a year which saw an unprecedented calibre of nominees in 14 categories judged by an industry panel.

The People's Choice Award, however, was decided by an online public forum and the Special Award by the committee of the Craft Guild of Chefs.

"I can't stress enough the sheer quality of this year's entrants, and it is wonderful to see such greatness in the industry as the awards celebrate their 20th anniversary," said Munkley. "We'd like to congratulate each winner and wish them all the best in their future career."

Winner of the People's Choice Award was Simon Boyle, the power behind Brigade, a social enterprise restaurant in London and also home of the Beyond Food Foundation, a charity that works to motivate and inspire people who have experienced homelessness to gain employment through learning about cooking and food.

The Craft Guild of Chefs Awards also recognised a host of leading lights across the industry, whether they work in a pub, fine dining restaurant, city university, military unit or in contract catering, and even as development chefs for national retailers.