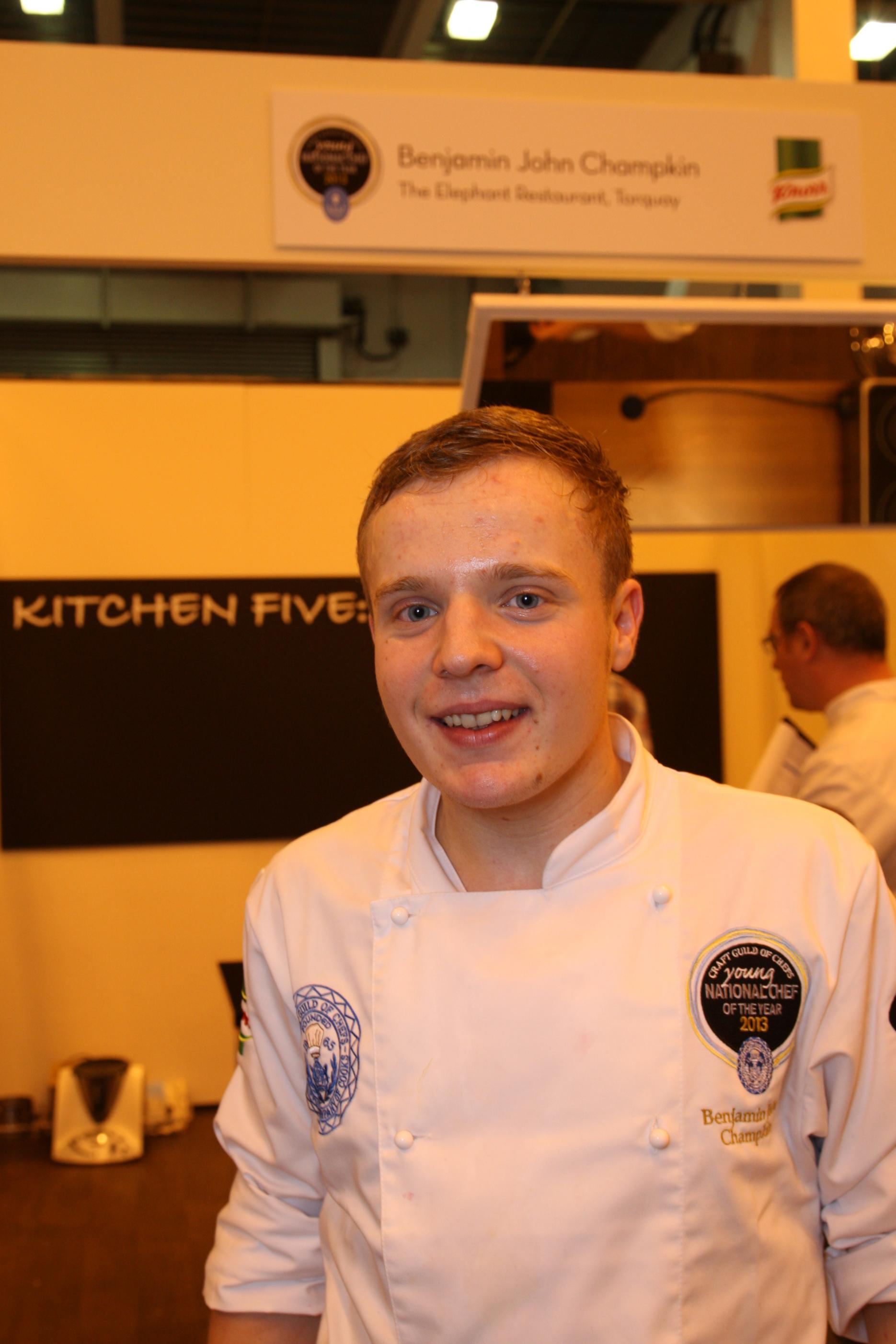 Written by: Admin
Ben Champkin from The Elephant Restaurant in Torquay proved his worth by winning the Young National Chef of the Year 2013 title in the first competition of the day at the Restaurant Show at Earls Court on October 8.

He impressed the judging panel, which included the competition’s chef ambassador Mark Sargeant, a former National Chef of the Year, who said he served up a great three-course menu.

In second place was Ruth Hansom from The Ritz in London and, in third place, Daniel Akrigg from Rogan & Company in Cumbria.

Sargeant, who was invited to become the competition’s first ambassador to inspire the next generation of ‘ones to watch’, said: “Ben demonstrated that he not only has the flair and passion to make a real mark in the industry, but understands fundamental cooking skills, the first and foremost ingredient to success in the kitchen.

“He worked tirelessly from the moment he walked into the kitchen remaining focused throughout with well-timed and placed dishes.”

“It was a challenge deciding on a winner from such a strong group of young chefs,” he said. “All the finalists proved their ability to compete at this level and I am sure will go on to enjoy success in their careers.”

The format of the Craft Guild of Chefs Young National Chef of the Year, in partnership with Unilever Food Solutions’ brand Knorr and in association with Lockhart Catering Equipment and Churchill, was revised this year to include more organisations who were keen to be involved, opening the competition up to more young UK chefs across the UK.

Open to chefs aged 18-23, the Craft Guild this year picked four chefs to automatically go through to the final, while the remaining four places were fought for in a series of semi-finals by winners made up of young chefs from industry-wide competitions.