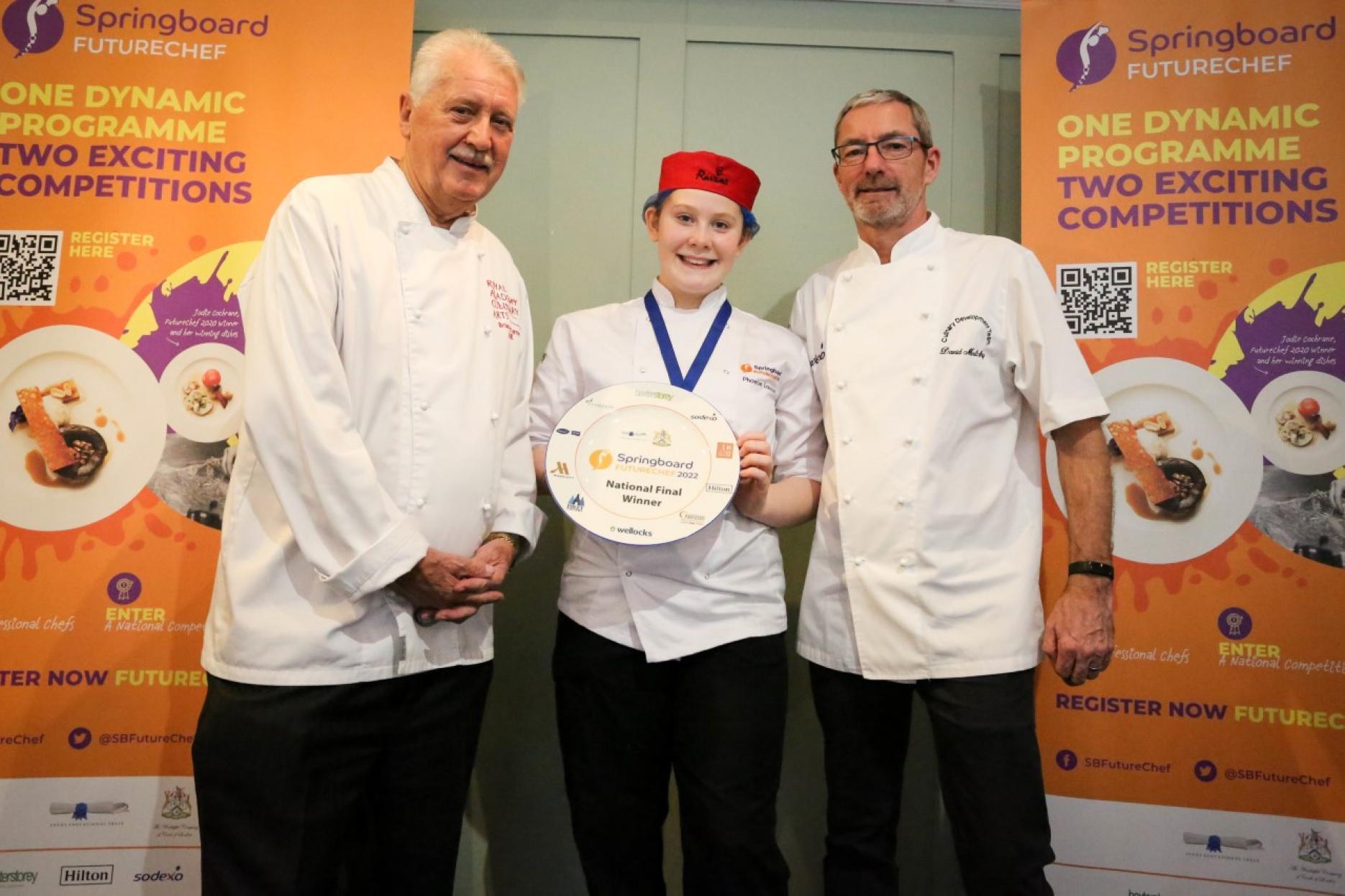 Written by: Edward Waddell
The winner of a national competition designed to find the UK and Ireland’s next generation of culinary talent has been revealed as Phoebe Lawson, 15, following the final in London where 12 young chefs competed for the title.

The competition, which has seen almost 200,000 young people aged 12-16 take part since it began in 1999, is backed by Clare Smyth and Tom Kerridge and has inspired many to become successful chefs.

From her local final win in North Scotland, Phoebe worked with mentor Chris MacLeod, chef manager at Compass Group to hone her skills and create dishes that ‘wowed the judges’ in every round, including tarragon infused Haulkerton chicken breast, stuffed with McHardy of Stoneheaven spiced haggis, and a tarragon jus, with a selection of winter vegetable and butter fondant potatoes.

Phoebe said: “This win means a lot to me. It has been months of hard work and it’s amazing that it has all paid off. My mentor, Chris MacLeod, has been so helpful and supportive throughout this experience, and it is the perfect way to say thank you to him. It has also meant a lot of opportunities have come my way, opening up new and exciting career pathways.”

The competition called on budding chefs to compete and develop their culinary skills, with different rounds introducing participants to important themes around sustainability, plant-based, and zero-waste cooking.

Chris Gamm, chief executive of Springboard, added: “We always look forward to our FutureChef competition and love witnessing talented young individuals entering the industry and discovering their passions for what the sector has to offer. This year, it is even more meaningful coming out of such a difficult period for the hospitality sector, which has taken a big hit over the last 18-months.”