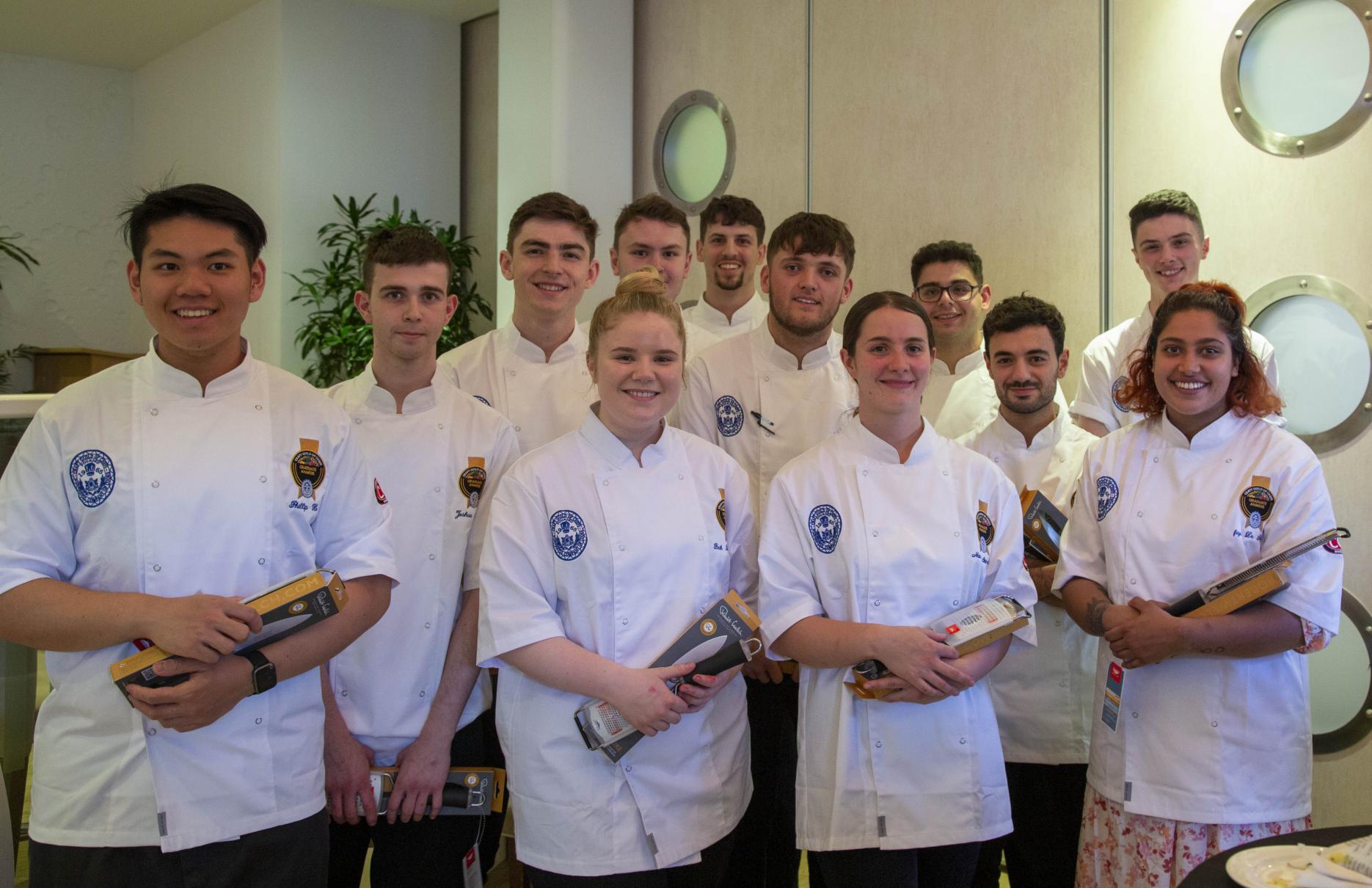 Written by: Edward Waddell
Following two intense heats on the 23rd and 28th June, the Craft Guild of Chefs has announced that sixteen chefs will be taken through to the final exam of the Graduate Awards.

This event offers chefs aged under 25 the chance to improve their culinary skills, build confidence, network with industry peers and to put themselves into the national spotlight.

Chefs completed a series of skills tests, paper exams and challenges at Sheffield College and West Herts College in a bid to take one of the places in the final exam in September.

The chefs who will complete the Kitchen exam include:

Seven chefs will sit the Pastry Exam and they include:

New for the anniversary year for the kitchen chefs was a special starter challenge where they had to create a dish using products from the Redefine Meat range, one of the sponsors for this year.

Lakeland Dairies is also sponsoring the awards and attended the semi-finals to provide products and support the pastry chefs who were tasked with making chocolate bars, choux a la crème, a custard tart and decorated biscuits.

Steve Munkley, vice-president of the Craft Guild of Chefs and founder of the Graduate Awards said: “It was a fantastic semi-final and all the chefs worked extremely hard. Now we have our impressive list of finalists, we look forward to our mentoring trip in a few weeks’ time where we’ll be exploring the culinary delights of Surrey.

“This provides the young chefs with a memorable opportunity which will not only allow them to develop their skills but they will make some fantastic new connections. We’re pulling out all the stops to ensure we celebrate our 20th anniversary in style and will be supporting these 16 chefs over the coming weeks in their bid to achieve that all important pass mark in September.”