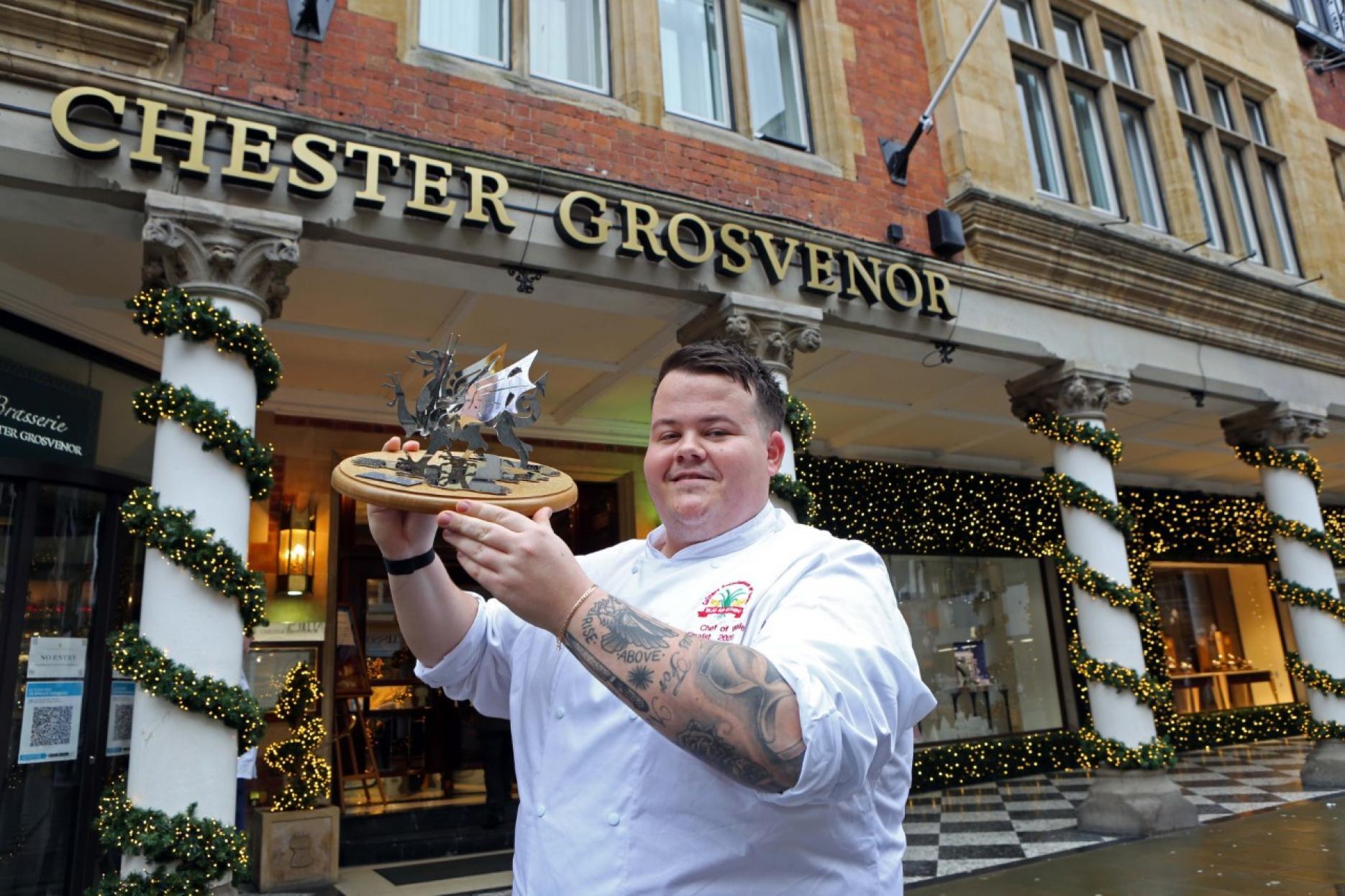 Written by: Edward Waddell
It was second time lucky for Sam Griffiths, a 26-year-old sous chef who works at the Chester Grosvenor Hotel, after he was crowned the National Chef of Wales.

Having finished third in the final last year Griffiths was delighted to receive the news and trophy from Culinary Association of Wales (CAW) president Arwyn Watkins.

Griffiths said: “A lot of hard work and organisation went into this competition and it’s amazing to win the national award for the country where I grew up and love. When you get such positive feedback from the judges, it’s such a great feeling.

“I tried to keep my dishes simple and big on flavour, using the ingredients at their best and not trying to over-complicate things. Welsh ingredients are so special that you don’t need to do much to them apart from show them a little love.”

His prize for winning was £1,000, an engraved set of cook’s knives made by Friedr Dick and £250 worth of personally selected tableware products from Churchill. He will also represent Wales in the Worldchefs Global Chefs Challenge.

Instead of bringing all the finalists together at one venue, it was decided to send the judges to the chef’s workplace to watch them cook a three-course menu. Other chefs who competed the final included Wayne Barnard, Andrew Tabberner and former Culinary Team Wales member David Kelman.

Lead judge Nick Davies, commented: “Sam is going to be a star of the future and is a worthy winner. He demonstrated cutting edge skills and all his dishes had a theme and sensational flavours. He is at the right age, has learnt his trade in a great place and is definitely on the way up.”