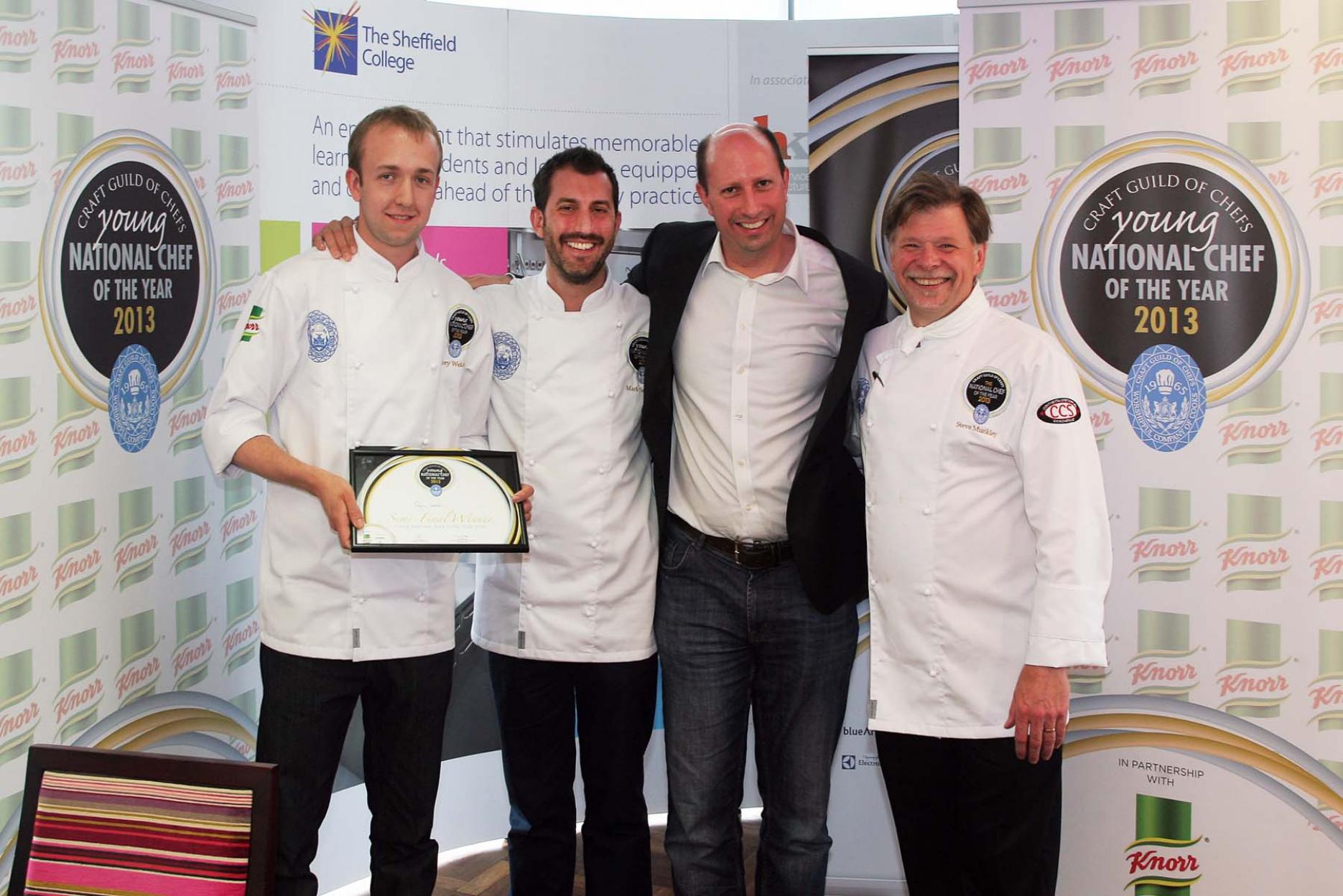 Winner of the National Chef of the Year semi-final was Andrew Wright, junior sous chef at Mallory Court Hotel in Warwickshire, who for the second year running has got through to the final.

A second round of semi-finals will now take place at the University of West London on July 2 and 3 – three heats for the National Chef and one heat for Young National Chef.

It is the first year the latter has held semi-finals as in previous years all eight finalists have been automatically selected by the Craft Guild of Chefs.

This year only four automatically go through, the remaining four being made up of the winners and top scorers from the semi-finals, who are all chefs from industry-wide competitions. The competition is open to chefs aged 18-23 and is in partnership with Unilever Food Solutions’ brand Knorr and in association with Lockhart Catering Equipment and Churchill.

In the NCOTY competition, the eight finalists are made up of the winners of the four heats, plus the four overall highest scorers.

The final for both competitions will take place at the Restaurant Show at Earls Court 2 in London on October 8.