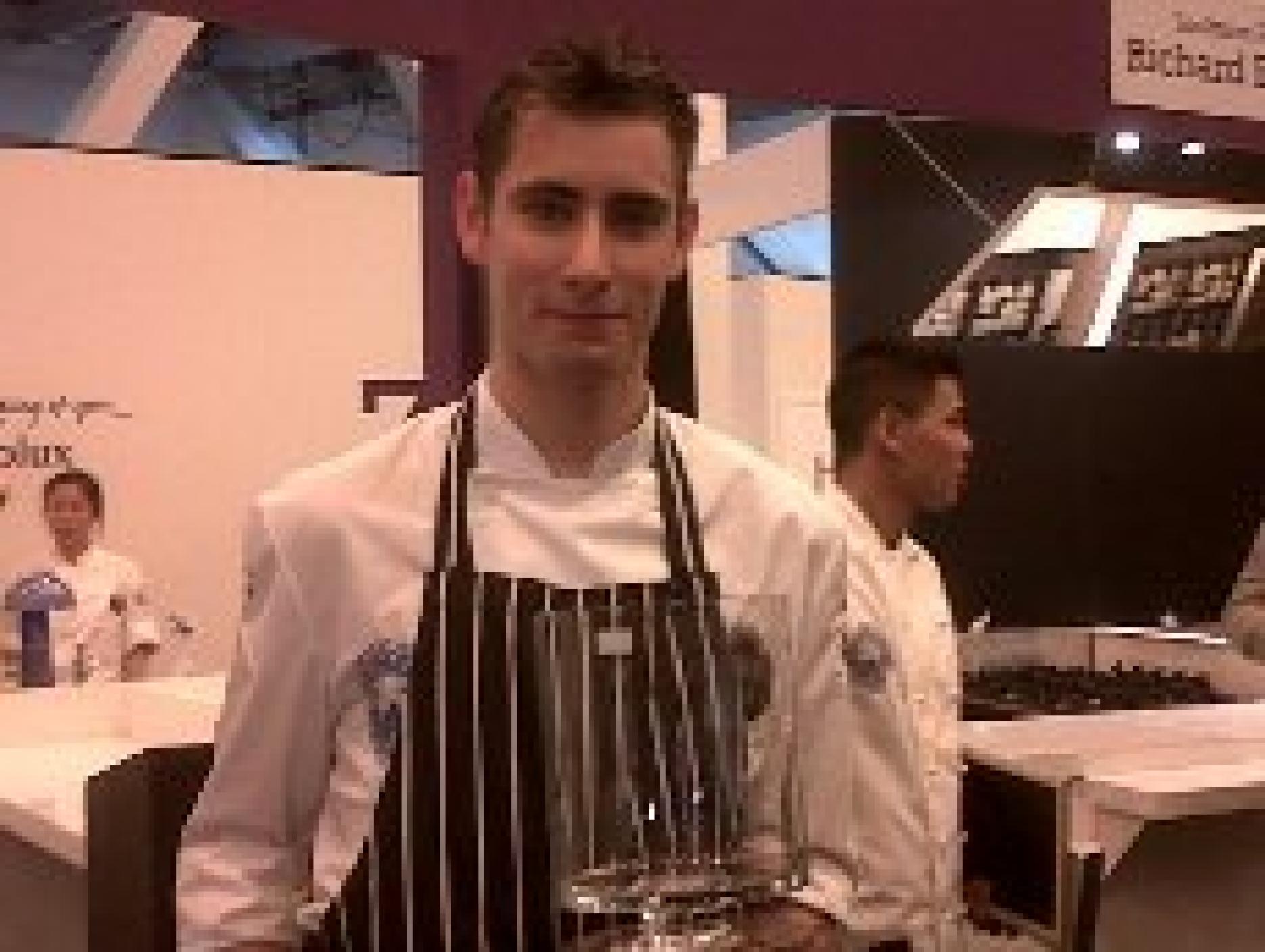 Written by: Admin
The winner of the inaugural Craft Guild of Chefs' Young National Chef of the Year has been announced.
The cook-off took place at this year's Restaurant Show at London's Earls Court 2 and saw Mark Stinchcombe take home the title.John Retallick who oversaw proceedings said all the finalists had worked "very hard".Announcing the winners Craft Guild of Chefs' David Mulcahy said: "This is the first year of this competition and it's something we have wanted to for a few years now." He added that "there is no doubt that the ten finalists really impressed. All starters and desserts were particularly strong."Speaking after his win, Stinchcombe who is a junior sous chef at the Lucknam Park Hotel said he was delighted and overwhelmed and that the whole thing was "a bit crazy".In third place was Sean Dickens and in second place was Tom Lee.Words Clare Riley