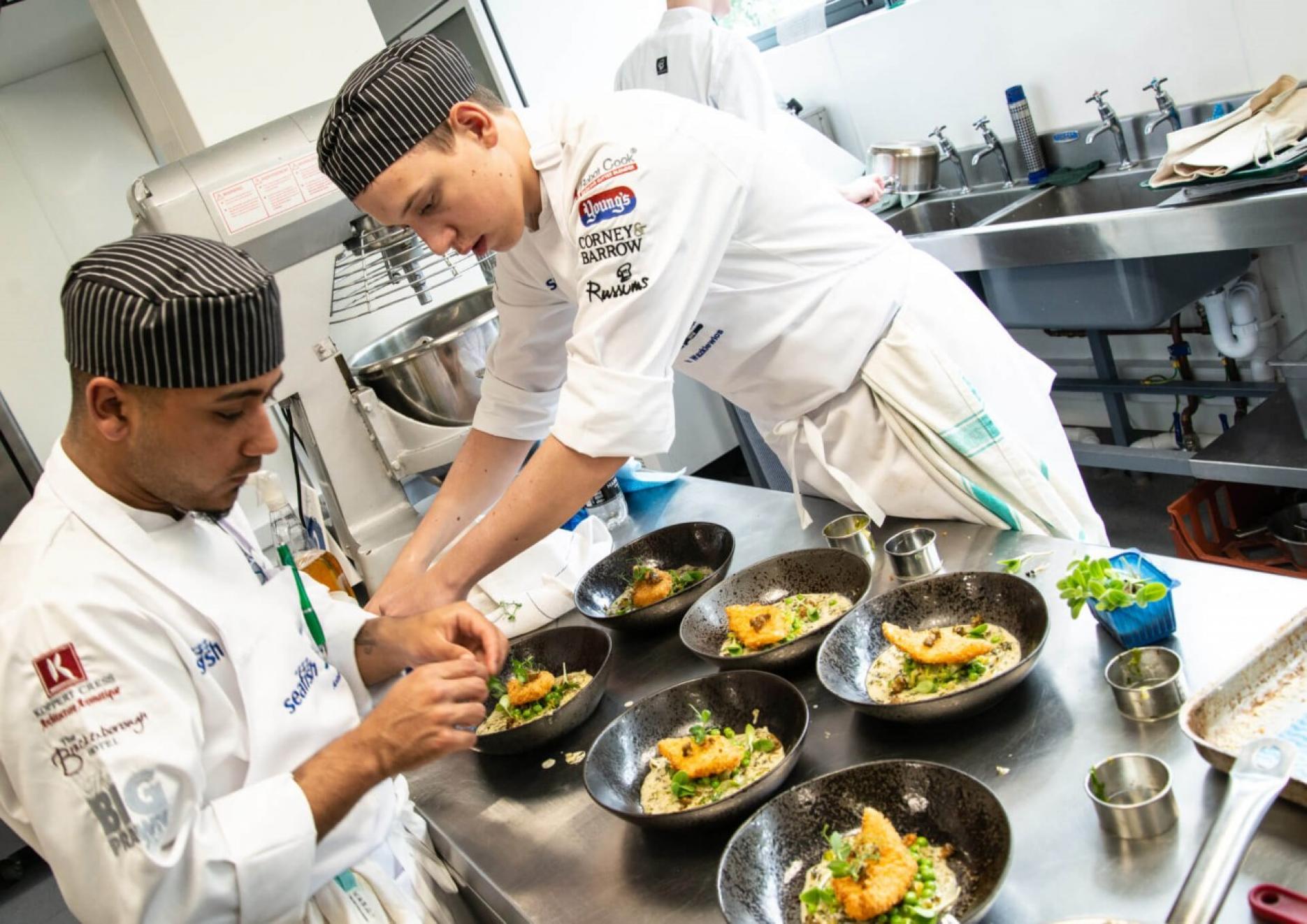 Written by: Edward Waddell
Entries are now open for the 25th National Young Seafood Chef of the Year competition, which aims to help ‘inspire’ chefs to develop their skills.

Nathan Outlaw, Mark Hix, Mitch Tonks and Rick Stein will come together to decide which team will gain the accolade of the best National Seafood Chef of the Year. The judges will select three successful teams from each heat to compete in the final on 10th June 2022. Prizes will be announced on Instagram so watch out for updates to get a small 'taste' of what to expect.

Round One Entries: By using the species named on the entry forms, and with the support of the competition rules; teams can submit their menus online, in preparation for the paper judging to take place. Successful teams will be notified by email and go forward to round two. Entries must be in by Friday 1st April 2022.

Round Two Culinary Skills: The successful teams, will then go through to the culinary skills judging, which will be held at one of three appointed UK regional hosting colleges (regional heats).

The first 30 minutes of the competition will focus on filleting and preparation (Seafood mise en place) before your team goes on to create the menu submitted in round one. These will take place in May 2022 when the three highest-scoring teams will be chosen from each regional heat to go onto compete at the Grand Final on Friday 10th June 2022.

Round Three The Final: At the final, the nine teams will attend the Grimsby institute on Thursday 9th June to drop off equipment before attending the finalist's dinner in the evening which will be held at the Brackenborough Hotel where they will receive their finalist chefs jackets and aprons for the following days final.

If you want more information or want to take part, read the attached document.