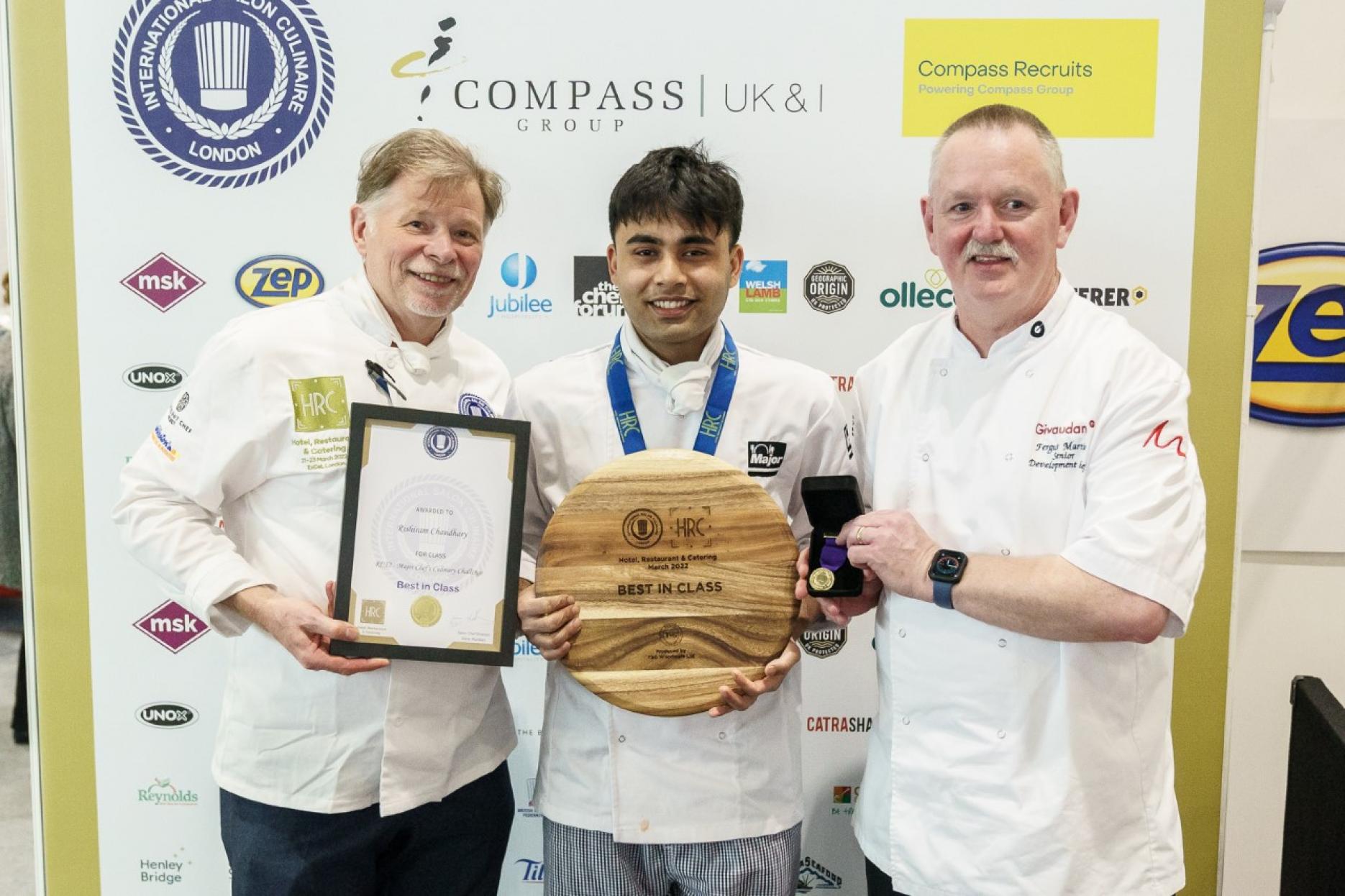 Written by: Edward Waddell
After battling it out against hundreds of culinary students from across England, Scotland and Wales, Rishiram Chaudhary from Eastleigh College took top spot and Best in Class at this year’s Major Chef’s Culinary Challenge.

Formally known as the Major Series, the Chef’s Culinary Challenge is one of the industry’s longest standing, most prestigious young chef competitions. Run in partnership with the Craft Guild of Chefs, the competition gives catering students the opportunity to go head-to-head with their fellow pupils.

Taking place at HRC 2022, the Live National Final pitted the regional winner and runner-up against one another in the 50-minute Main Course Challenge. Each competitor was tasked with preparing, cooking and presenting two portions of a plated main course dish that would be suitable for a fine dining, brasserie menu.

Using at least one Major product, judges were looking for a dish that was balanced, flavoursome and well presented, with additional points being awarded for professional technique, skill, hygiene, timing, seasonality and sustainability.

Chaudhary, a level 3 Advanced Professional Catering student from Eastleigh College, impressed the judges with his guinea fowl dish which helped him to win the top prize of £500. Commenting on his win, Chaudhary said: “I am delighted to have won the National Final of the Major Chef’s Culinary Challenge.

“Having won my regional heat, I knew the pressure would be on when on the national stage, so I practiced hard, creating my dish from scratch. The competition has allowed me to develop my skills for the future. My thanks go out to my lecturers at Eastleigh College for their ongoing support and guidance.”

The Main Course Challenge was the flagship contest of several competitions that make up the Major Chef’s Culinary Challenge.

Fergus Martin, senior development chef at Major, added: “Major is extremely proud to support such a prestigious student chef competition in partnership with The Craft Guild of Chefs. Given the challenges that our industry has faced over the past two years, being able to celebrate the future talent and rising stars of our industry is needed more than ever. The Major Chef’s Culinary Challenge welcomes students from across the UK to compete to showcase their talent and skill on a national stage.

“This year, the competition was more closely contested than ever, which makes Rishiram’s achievement extra special – our congratulations go to him and the team at Eastleigh College. We look forward to watching Rishiram’s career go from strength to strength in the future.”